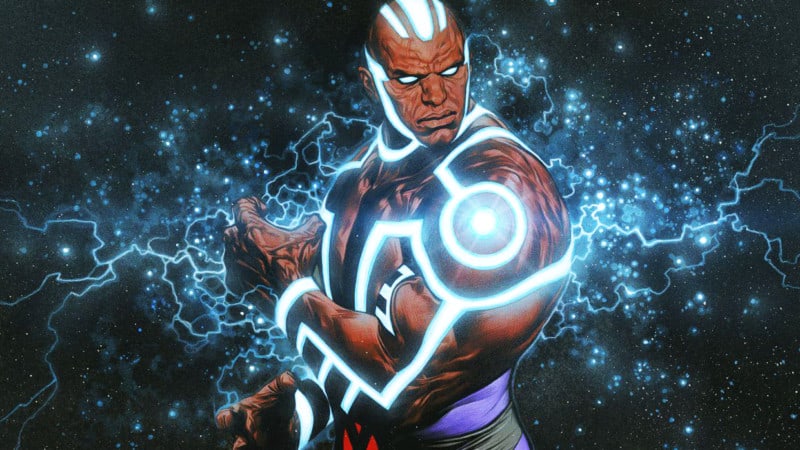 Spirits are high, and the Red team is ready to conquer the world’s bigotry in X-MEN RED #6…that is until Cassandra Nova comes along. Writer Tom Taylor and artists Carmen Nunez Carnero and Rain Beredo finally reveal Nova’s plan to an unsuspecting Jean Grey. As one of the most powerful X-Men members on the planet, Jean isn’t used to feeling helpless. As readers, we get to see first hand what happens when someone with a little too much confidence (i.e. Jean) gets a sickening dose of reality. It isn’t pretty, but it’s real.

Because Jean stays in Atlantis during the entire issue, it doesn’t feel like a whole lot happens, even though a lot does. Jean unveils the new underwater Cerebro device, which Gabby cleverly names “Searebro.” After numerous issues featuring Gentle but not starring him, we finally get a short glimpse into his past. And, of course, Jean and Cassandra finally meet via the Searebro, which interrupts Jean’s plans to clear her bad name after the UN incident in X-MEN RED #1.

This issue ends with a twist that you’ll have to read about yourself. While I wouldn’t call it necessarily surprising, it will definitely affect the future of the series.

Just from looking at the cover for X-MEN RED #6, I assumed a major part of this issue’s storyline would revolve around the Wakandan mutant Nezhno Abidemi a.k.a. Gentle. Unlike the other fairly unknown X-Men member Trinary, Gentle hasn’t had a lot of panel time. I assumed Taylor was keeping him away from the spotlight so he could deliver a Gentle-centric issue in X-MEN RED #6. Unfortunately, my theory was unfounded.

Gentle does get a few pages near the beginning of the issue, but they hardly do anything for his character. Jean telepathically finds out that Gentle’s mother abused him when he was younger because of his mutation. Due to the abuse, Gentle cannot separate his mutation from pain, which is why it hurts when he uses his strength. Within a couple of panels, Jean fixes that problem for him and then ignores him for the rest of the issue.

I realize that Taylor needed to accomplish a lot with this issue, but handing readers a tiny piece of characterization and then not following up on it throughout the issue is worse than giving us nothing. I adore Jean, and I honestly think X-MEN RED is her series. After how much writers ignored her in past series, she deserves to be the star. But it’s still a team, and Gentle deserves some characterization as well. I really hope in future issues we’ll get to see more from this “Gentle Giant.”

A vast majority of X-Men fans have a special place in their hearts for Grant Morrison’s NEW X-MEN. The series dramatically changed the world of X-Men. The colorful world Prof. X and his students inhabited became a lot darker and more graphic after Morrison’s series. Whether you liked it or not, you have to admit that it left a huge impact.

That impact can still be felt today through Taylor’s writing in X-MEN RED. There are some obvious connections to NEW X-MEN in X-MEN RED, such as the inclusion of Cassandra Nova (and her weird Safari-style outfit), and the definitive design of the newest Cerebro. There are also some less obvious connections to the 2001 series, such as the theme of mutant hate in a modern world.

Ordinarily, I don’t particularly like it when series rely on past comics, but with X-MEN RED, it works. Jean Grey died in NEW X-MEN, and now she’s back in X-MEN RED. It almost feels like a cycle that needed to happen. I think X-MEN RED also works as a sort of reflection on NEW X-MEN. Seventeen years after the beginning of NEW X-MEN, the world has changed a great deal since Jean left. Some things are still the same, of course, like Cassandra and Cerebro, but the social climate is completely different. Jean has to use different tools and techniques than the ones she used in NEW X-MEN. So frequently, comics struggle to move forward since they all have such long histories behind them. But, with X-MEN RED, Jean is looking ahead while still remembering the days of old.

Overall, the worst part about past issues of X-MEN RED has been the art. While some readers really enjoyed Mahmud Asrar’s signature style, I thought Asrar gave every character the same face, which honestly made telling them apart really difficult. Thankfully, the new penciller, Carmen Nunez Carnero, takes X-MEN RED to new heights with her first issue. Her style is much more natural, and each character has expressions and facial characteristics that make them individuals. You can really tell with Jean just how well versed Carnero is in facial structure. No matter the angle or the lighting, Jean’s face is uniquely her own.

Colorist Rain Beredo has been with X-MEN RED since the beginning, and his work continues to impress me. Carnero’s linework is much finer than Asrar’s, but Beredo’s bold colors still work well. Beredo uses color in ways that a lot of other artists might not immediately think of. For example, he gives many of the panels a hazy purple or pinkish glow. Since this issue is predominantly about the Searebro, which utilizes Jean’s telepathic energy (which is pink), Beredo is making a subtle nod toward the Red team’s leader.

X-MEN RED #6 is a solid installment in the best X-Men series currently on the market. It’s not the best issue in the series so far, but Carnero’s amazing artwork does help make it a memorable one. With X-MEN GOLD and X-MEN BLUE ending in just a few months, I have to wonder what Taylor has planned for the successful X-MEN RED series. So far, fans have been really receptive to the series and its forward-thinking themes. However, I can’t but think that the absence of the “bread and butter” X-Men series will force Taylor to explore more basic plotlines. I guess we’ll just have to wait to find out!