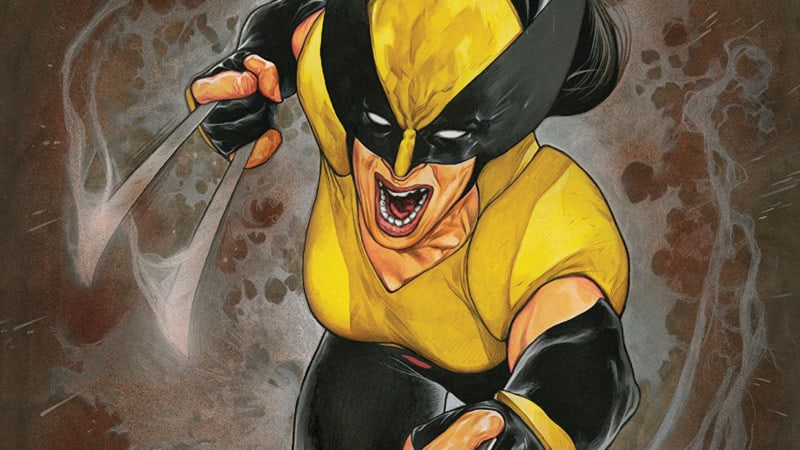 Thanks to Cassandra Nova’s ingenious sentinel nanite technology, the Red team is in serious trouble in X-MEN RED #4. The microscopic sentinel tech has the ability to infiltrate the human brain and cause normal people to become mutant-hunting robots. Luckily for the team, Jean Grey has a plan — one that involves the ocean, the King of Atlantis, and some much needed new uniforms. Tom Taylor, Mahmud Asrar, and Rain Beredo‘s fourth issue in the highly praised X-MEN RED series brings the modern world of 21st-century technology to comics without forcing readers to suspend disbelief. While we may not be worried about sentinels in the real world, the idea of people becoming bigoted robots via technology (*cough* Facebook *cough*) doesn’t seem too far off.

Namor to the Rescue in X-MEN RED #4

In X-MEN RED #4, Jean Grey is forced to fight her best friend, Storm, after Cassandra Nova inserted an anti-mutant sentinite (sentinel tech in a nanite) into Storm’s brain in X-MEN RED #3. After removing the sentinite in a Wakandan lab, the Red team flees to Atlantis, which is too deep for the sentinites to reach. There, Namor joins the team and Trinary gives out some new uniforms, which are designed to protect them from the tiny sentinel tech.

The end of the issue sees Cassandra Nova visiting numerous world leaders. Unfortunately for them, she isn’t there for typical diplomatic reasons. Nova plans to use them and the sentinites to destroy mutantkind.

I think a lot of people assume that comic books aren’t supposed to be relatable or realistic. They’re a means of escape, for when you’d rather be on Asgard than in your dorm room. Escapism is a great thing that comics definitely do offer, but they can do a lot more than that too. Comics can talk about issues in society without being overtly disruptive. The original X-Men comic creators drew a lot of their inspiration from the Civil Rights Movement, with mutants and African-Americans fighting a similar battle for equality. Nowadays, the X-Men are still communicating important ideas and themes. One, in particular, appears the most in X-MEN RED: the threat of technology.

Now, I don’t want everyone thinking I hate technology, because I really don’t. Like everyone else in 2018, I’m constantly glued to my phone or laptop. But that’s what I think X-MEN RED #4 is trying to symbolically relate to its readers. Trinary mentions in the issue that the sentinites are an extreme version of subversive social media analytics. In previous X-MEN RED issues, people have been rioting against mutants thanks to a data collecting company that uses social media algorithms to increase bigotry and mutant hatred. The sentinites are basically the same thing; fear and hatred implanted in the brain.

X-MEN RED and the Real World

Trinary’s comparison brings the problem of technology and social media to a very real place. So often, social media and an increasing emotional reliance on technology force people to do things they might not ordinarily do. Facebook and Instagram are perfect examples of this phenomenon. The intense desire to fit in and be heard on social media causes people to act differently than they normally would. Like the sentinites, the internet can implant things in our minds and make us think a certain way.

Taylor’s willingness to touch on such a real topic in X-MEN RED is pretty brave. While the history of controversial topics in X-Men is long, it still takes a lot of confidence to put something that people might reject into the pages of your comic.

Cassandra Nova’s plot to pit Storm against Jean is pretty low — even for Nova’s standards. Still, it makes sense; Nova knows about Jean and Storm’s friendship and uses it against them. That’s kind of what villains do.

I was more upset about Jean and Storm’s interactions after Storm’s sentinite is removed. Jean and Storm have not had a lot of panel time together since Jean’s resurrection back in January. Since they’re supposedly best friends, that seems a little out of character. With X-MEN RED #4, I was hoping to see some dialogue between the two, but there’s practically none. Jean helps get the sentinite out of Storm’s but there’s no real conversation afterwards. Not even a “sorry I attacked you” from Storm.

If Jean and Storm didn’t have such a history, the lack of dialogue wouldn’t be unnatural. But, because they do, it’s completely unnatural. In future issues, Taylor will need to resolve Jean and Storm’s relationship before their decades-long friendship begins to dissolve.

Most of the time, the artwork for a series either works well or it doesn’t. In my opinion, it’s usually that clear. But with penciler Asrar, I’m having a hard time deciding whether he’s the artist X-MEN RED needs.

He nails the intense flying scenes and action sequences that make up the majority of the series. But, for issues like X-MEN RED #4 which have a lot of dialogue panels, he struggles to create facial expressions that don’t look forced and unnatural. The bodily proportions of many of the characters also fail to look realistic when not in action poses. Overall, Asrar excels with the action, but in other panels, the artwork could use some work.

Rain Beredo uses a lot of really bright colors (like Jean’s orange highlighter hair) contrasted against a lot of dark, dreary colors. As odd as that sounds, it really works. Juxtaposition of different color tones and saturations really helps to emphasize certain things. As much as I dislike Jean having orange hair (her nickname is Red), it does make her stand out, and as team leader she should stand out. Beredo’s colors help Asrar’s pencils a lot, but in some cases I don’t think they’re able to completely revive Asrar’s work.

If you enjoy classic X-Men storylines with a modern twist, X-MEN RED is for you. A lot of past X-Men comics have explored societal topics, but I find X-MEN RED’s investigation into the world of tech particularly fresh. I’m excited to see how the X-MEN RED creative team continues to push this theme as Cassandra Nova’s plan becomes more and more dangerous.