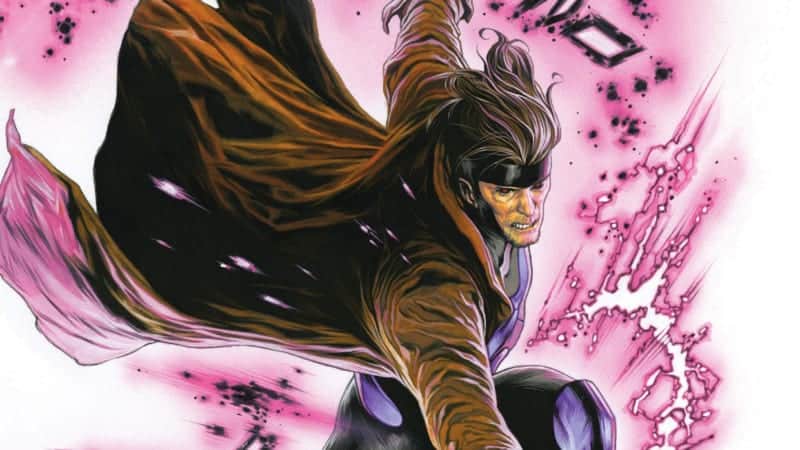 Taylor, Mahmud Asrar, and Ive Svorcina’s third issue officially adds tech-talker mutant Trinary to the team, who inadvertently brings her pet Sentinel along with her. In addition, the issue also hints at Gambit joining the team later on in the series.

X-MEN RED continues to fuse topical political commentary with action-packed adventure. The series undoubtedly pushes the boundaries of the comics medium and puts out some of the best X-Men material we’ve seen in a while. However, X-MEN RED #3 does present some problems that make me worry about its future. The art struggles to keep up with the writing, and parts of the plot fail to acknowledge important facets of X-Men continuity. Still, I think X-MEN RED #3 is a worthwhile read for any X-Men fan.

How to Train a Sentinel

We all knew Cassandra Nova was cooking up something evil in that bald head of hers, but we didn’t know she’d go this low. X-MEN RED #3 sees the reappearance of one of the X-Men’s greatest foes as she uses a mysterious liquid to turn one of their own against them. Nova opens the issue at Xavier’s, where she’s using some seriously strong telepathy to cloak herself from wandering eyes. Her fatal words as she holds the vial over an obscured sleeping mutant are “Go. Protect Wakanda.” I don’t want to give away who the unfortunate brainwashed mutant is, but considering there aren’t too many X-Men closely associated with Wakanda, I’ll let you guess.

On the other side of the world, the Red team is fighting another familiar foe: Sentinels. Luckily for them, Trinary discovers that her technopathic abilities allow her to easily control the massive robots. Within a few panels, the skyscraper-sized Sentinel is as dangerous as a house pet. With that problem handled, the team focuses on another tech-related issue: humans with Sentinel operating systems implanted in their minds. Unlike with the Sentinel, Trinary can’t shut down these hybrids’ sophisticated tech.

Using the newly-trained Sentinel, the team flies back to Wakanda, but when they get there, they’re surprised to see a familiar face. The X-Men member Nova brainwashed has arrived in Wakanda — and it’s her job to keep the Red team out!

In a short side plot, Gambit fights back an angry mob of mutant-haters. According to Trinary, more mutant-hate is popping up across the globe because of social media. Algorithms (not unlike ones we have today) target those with ingrained bias against mutants.

Haven’t We Met Before?

At first, I thought the plot of X-MEN RED #3 was very original. A mutant who can take down a Sentinel? Human-Sentinel hybrids? Social media controlling mutant propaganda? Okay, the last one is original (to my knowledge) but the other two aren’t exactly new.

Way back in X-MEN: HIDDEN YEARS #11, a little girl named Ashley Martin uses her power of Inorganic Animation to train a Sentinel to do what she wants. She even keeps him in the barn as a pet. It is a little different than this scenario (since Ashley’s powers weren’t technology based) but the same concept applies. Sentinels aren’t too hard to train.

Human-Sentinel hybrids appear in 1997’s X-MEN #65. The supervillain Bastion gives a group of humans cybernetic nanotech implants that cause them to transform into strange robotic beings that are half human and half Sentinel. When they transform, these “Prime Sentinels” take on some physical Sentinel attributes but they’re still technically human. Although the hybrids seen in X-MEN RED #3 look normal, they seem pretty similar to Prime Sentinels in that their minds have become computers.

I don’t mind seeing elements repeat themselves in comics — it’s bound to happen. However, if things do repeat, I like to see a character acknowledge it. During these mentioned events, Jean was a major player in the X-Men. One would think Jean would remember the Prime Sentinels she fought years back when she saw the new hybrids. But she’s just as miffed as the others.

What it Means to be a Leader

Regardless, Jean is a great leader for the team. Taylor really knows how to handle her character and he gives her a well-rounded personality. Since the beginning of the series, Jean’s main mission has been to change the tides of mutant hatred. While that’s a big mission, Jean approaches it with a lot of hope and a big heart.

One of the best lines in X-MEN RED #3 comes after the team flies away on Trinary’s pet Sentinel. Trinary is upset after she admits that her father handed her over to the mutant-hating authorities. Apparently, he, like a lot of parents, didn’t want a mutant daughter. After she said that, there could’ve been an awkward pause, but instead Jean jumps in to help.

She doesn’t try to insert her own story, as a lot of people might have. She doesn’t even try to bring in her huge plan for mutant happiness. Instead, she just gives Trinary some much-needed comfort and reminds her that it’s not her fault. Parents, Jean says, are supposed to love their children unconditionally — even in the face of prejudice. Then, just like that, she changes the subject because she realizes that dwelling on the topic will only make Trinary feel worse.

Jean may have her faults in this issue, but being a supportive leader isn’t one of them. Taylor doesn’t just give her a vision for the future — he also gives her the character to go along with it.

Mahmud Asrar is not a bad artist or even a mediocre artist — he’s good at illustrating and I think the comic shows that. His panels are well thought-out compositionally and he is exceptionally creative in how he approaches mundane scenes. There are numerous instances throughout X-MEN RED #3 that are artistically impressive. The Sentinel’s scale is felt by the reader thanks to some wicked uses of perspective. Asrar drenches Nova’s twisted facial expressions in evil. The backgrounds, in both New York and India, are realistic and detailed.

Like what you read? Head over to ComiXology to pick up a digital copy of X-MEN RED #3!

The only part of Asrar’s art that really falls flat is the protagonists of the series. Unfortunately, Asrar’s heavy stylization of young female characters causes all of them to look nearly identical. From Laura to Trinary to Jean — there are few physical differences between them. Even their body types all look the same. Were it not for signature hair colors, I’d have a hard time telling them apart.

Asrar’s art does not sexualize female characters, but in a way, it does something just as problematic. While Asrar gives the male characters more individualistic traits (check out the fight scene between Gambit and the male protestor) the female characters become one unidentifiable unit, with the same faces and bodies. They’re beautiful, but they lack the sense that they’re people and not just nameless mannequins.

Ive Svorecina does a wonderful job using colors to give some of the characters individual personalities. I am starting to wonder why Jean was ever called “Red” though. Maybe “Carrot-Top” is more appropriate for the now orange-haired hero.

New series always have hiccups and X-MEN RED is not immune. X-MEN RED #3 has its failings, but it’s still a part of a very strong series that has a lot of promise. The plot, characters, and art of X-MEN RED need some time to mature and grow. While there are definitely parts of this issue that didn’t quite meet my expectations, I’m confident the X-MEN RED creative team will give us something great with X-MEN RED #4, coming out May 16th!

Don’t forget to head over to ComiXology to support the amazing creators of X-MEN RED and ComicsVerse by subscribing to ComiXology Unlimted!