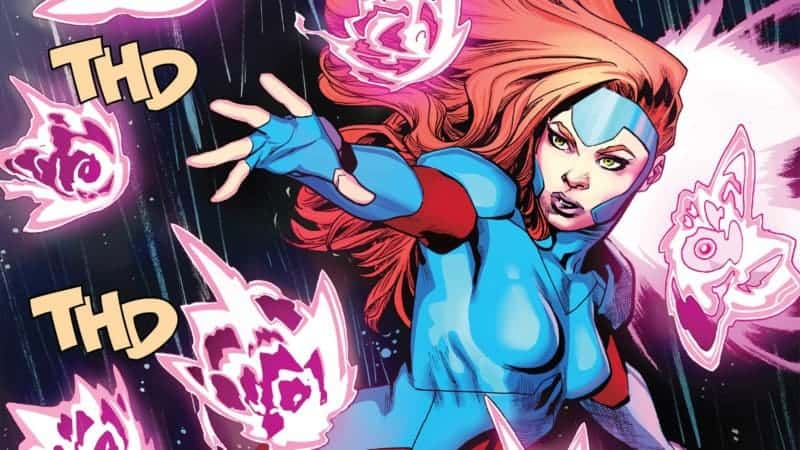 ComicsVerse has a sneak peek at the first issue of the highly-anticipated series, X-MEN RED #1! From writer Tom Taylor, the series will feature a team-up between Laura Kinney, Namor, and Nightcrawler. Perhaps the most exciting part of this team though is that it will be led by none other than Jean Grey herself!

No, we’re not talking about the time-displaced Jean that’s been around the past few years. We’re talking about the original Jean Grey who met her demise many years ago. The recently released five-issue series, PHOENIX RESURRECTION, featured her triumphant return to comics. So, the remaining question is, what happens now?

Jean has returned to a world that she may no longer be familiar with. Her readjustment is bound to be a struggle. So, will X-MEN RED explore those conflicts? We’ll just have to wait and see!

In the meantime, the preview pages for X-MEN RED #1 give us a hint as to what’s to come. In a dark opening sequence, a little girl abruptly awakens in the middle of the night. To her shock, she is being chased by hoards of people. Why? The young girl is a mutant. The most disturbing part of this entire sequence though is that the girl’s own mother attempts to kill her! We are immediately drawn into this terrifying world, one that appears to be void of hope.

That is until the X-Men arrive.

In heroic fashion, the X-Men save the day. Jean Grey appears before the girl’s eyes to destroy the bullets that were meant to end her life. The rest of the X-MEN RED line-up appear as well to transport the girl to a safe haven called Searebro, restoring some hope in her life.

It is safe to say that X-MEN RED #1 features an epic introduction to Jean Grey’s true return. So, if you can’t wait until next week to get your fix, check out ComicsVerse’s preview, right here!