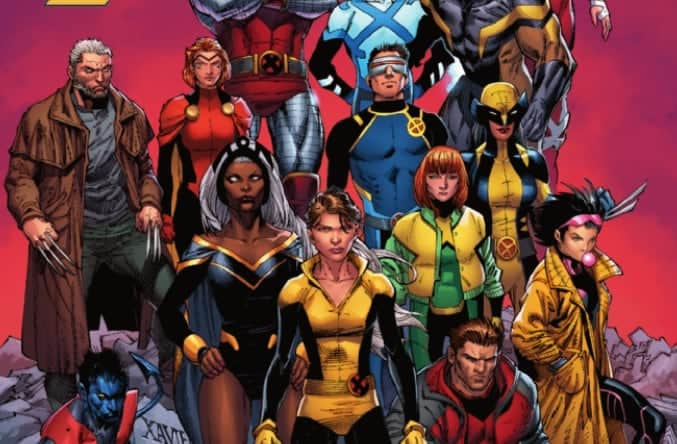 X-MEN PRIME #1 arrived in comic book stores today with much fanfare and an enormous impact, ushering in a new status quo for the X-Men that will thrill new and old X-Men fans alike. X-MEN PRIME #1 sees the return of classic fan favorites like Kitty Pryde, helps set up future storylines, and ultimately returns a sorely missed element to X-Men books — hope.

While X-MEN PRIME #1 is sure to quell comics veterans’ quench for more things X-Men, it also serves as a good jumping on point for new readers and veterans alike. Not necessarily focused on one set plot point or character, X-MEN PRIME #1 lays out a groundwork for new and promising prospects for the new slate of X-Men titles to be released in the coming weeks.

LISTEN: Here’s an interview with Rick Remender on the X-Men featured in UNCANNY X-FORCE!

The story kicks off with a reminiscent monologue from Kitty Pryde. X-Men fans will no doubt catch the ode to the original good ole Wolverine himself. As Kitty Pryde settles into a quieter life after the events of the latest GUARDIANS OF THE GALAXY series (where Kitty was Star Kitty), we quickly learn nothing is quiet forever when you’re a member of the X-Men when Storm pays Kitty Pryde a surprise visit with a major proposition: come back, join the X-Men, and lead the team.

It is this proposition that catalyzes the story in X-MEN PRIME #1, sending it into equally fascinating yet different directions. The X-Men and the X-Mansion are still in a state of recovery after the battle with the Inhumans, Lady Deathstrike is on the move once again, and the original time-displaced X-Men are quickly discovered to have skipped town for their own journey. Overall, X-MEN PRIME #1 implies change and fresh beginnings that will, no doubt, lead into some interesting storylines, specifically X-MEN BLUE and WEAPON X.

X-MEN PRIME #1, written by Marc Guggenheim, Greg Pak, and Cullen Bunn, is on point. The aforementioned reintroduction of Kitty Pryde deserves praise for shining a new light on a mature Kitty Pryde not shown since Joss Whedon’s ASTONISHING X-MEN. Kitty Pryde joined the X-Men as a rookie member back in the events of “The Dark Phoenix Saga” but make no mistake, the Kitty Pryde in X-MEN PRIME #1 is a leader.

Lady Deathstrike also makes a reappearance. Despite her story being short and mildly eventful, it is a great set-up for the new WEAPON X series and the upcoming ResurrXion lineup.

The art this issue, handled by Ken Lashley, Ibraim Roberson, Leonard Kirk, and Guillermo Ortego, is nothing short of amazing. Each page is packed with detail, especially the backgrounds and settings which give the reader a sense of history while highlighting the importance of the conversations that take place.

The Danger Room scene with the original time-displaced X-Men is particularly depicted well, with little details that you’ll have to look over multiple times in order to catch due to the grand scope. The splash page where the team takes on villain simulations catches the eye, especially with colors by artist Joe Caramagna, exceptionally bringing out the detail.

Limbo and Lady Deathstrike’s scenes are both wonderfully crafted by the artists on the creative team. The differentiations in the time of day are flawlessly executed, further putting major aspects of the story into even greater perspective.

READ: Want to see what the current X-Men run has been up to? Check out our review of UNCANNY X-MEN #19!

To reiterate, X-MEN PRIME #1 is a great issue for newcomers and returning fans to grab, especially if they want to be tuned in and ready for what’s to come for the mutant heroes in the near future. You can’t beat watching Kitty Pryde take the helm of the X-Men, and the return of Lady Deathstrike and her set-up into WEAPON X is priceless. While every plot point on its own doesn’t appear to add up too much, the power in this issue derives from the seamless transitions and bonded presentation that ushers in a new start and sets the course for new adventures for the X-Men characters we all know and love. All in all, there’s never been a better time to be an X-Men fan, and X-MEN PRIME #1 is a definite pickup to get back in the swing of things and a perfect way to celebrate the Renaissance X.