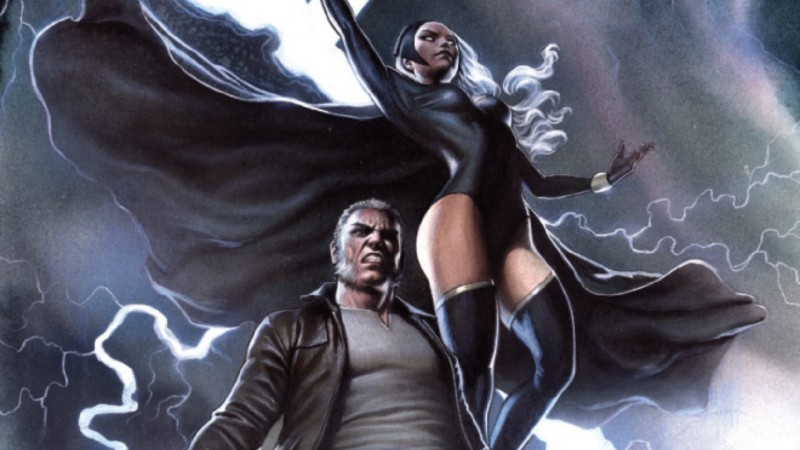 Once again, embracing the hated and feared minority metaphor, the X-Men finally return to their roots. Given the state of global politics and the rise of populism in the West, it couldn’t have come at a better time.

X-MEN GOLD #2 shamelessly dives into the current political climate and, rightfully, makes no apologies for it. The irony of Ardian Syaf’s hidden political messages is not lost on anyone. It becomes even more ironic after reading X-MEN GOLD #2. The issue deals with the deportation of mutants, an entire race (or species in this case) blamed for the crimes of the few, and violent voices calling for heinous actions which won’t solve the problem at hand. The X-Men metaphor has almost never been as relevant as it is now.

X-MEN GOLD #2 makes powerful political statements that decisively embrace tolerance, diversity, and acceptance. In the last issue, I deduced X-MEN GOLD alluded to a political commentary on the Trump Administration. Allusion became reality in issue #2. While the issue does feature the Brotherhood of Evil Mutants reborn, the X-Men’s real enemy is far less tangible. While the X-Men battle against the newly reformed Brotherhood, intolerance — the real enemy — surrounds them in a political climate full of fake news and dangerous rhetoric. Rhetoric as dangerous as this in the X-Men Universe has only one goal — to rid the world of mutants. Only this time, politics eclipses what used to be open bigotry.

HEAR: Like a little more politics mixed with your X-Men? You’ll love our podcast, X-Men, “The Dream!”

The last few decades of X-Men comics showed us various incarnations of the Brotherhood. In Brian Michael Bendis’ ALL-NEW X-MEN, we met the Brotherhood from the future. Ed Brubaker’s UNCANNY X-MEN introduced the first Sisterhood lead by what appeared to be an apparition of Madelyn Prior. However, the Brotherhood in X-MEN GOLD #2 is particularly unique for several reasons. First, the most obvious difference lies in the reintroduction of the word “evil” in their title. This isn’t just the Brotherhood. It’s the Brotherhood of Evil Mutants. They exhibit every intention of embracing their newly reclaimed title.

A new character resembling a humanoid brood joins Mesmero, the Morlock Masque, Avalanche, and Pyro in this reconstitution of the Brotherhood. Soon after the start of the issue, new characters taking on the monikers Avalanche and Pyro are deemed copycats. Most noteworthy, former New Mutants team member Magma appears to have also joined the Brotherhood. Full disclosure, I’ve always held Amara Aquilla aka Magma close to my heart. She stole it after I first discovered NEW MUTANTS in the late 1980’s.

Fans remember that in YOUNG X-MEN, Donald Pierce disguised himself as Cyclops. He subsequently convinced a new team of X-Men that former members of New Mutants created a new Brotherhood. Magma was thought to be a team member until it was revealed Cyclops was Donald Pierce and no new version of the Brotherhood ever existed. Due to this, it makes it even harder to believe someone corrupted Magma into following a radical ideology she spent her life fighting against. While Magma remains one of my favorite underrated mutants, I see how Amara joining the Brotherhood makes an interesting creative choice.

The X-Men have once again taken the reigns in the mainstream comic book world as champions of diversity and acceptance. X-MEN GOLD #2 will undoubtedly speak to anyone ever been made to feel less than. As the world decides to what degree they will tolerate them, it allows those forced to hide the space to let their flags fly, no matter how unique or different those flags look.

In conclusion, the X-Men embracing what it is that sets them apart from other superhero teams makes this issue great. Marvel heard what X-Men fans had to say, and they acted on it. Finally, the X-Men have returned to the glory days of Chris Claremont’s masterpiece X-MEN: GOD LOVES, MAN KILLS.

Like X-MEN: GOD LOVES, MAN KILLS, X-MEN GOLD #2 gives permission to the reader to reconsider their biases. It allows for an opportunity to learn and better one’s self. If X-MEN GOLD continues down this path, there should be little doubt it will become an instant classic. After all, what more could you ask for from a work of art?

Oh, and did I mention there’s a new kind of fastball special?