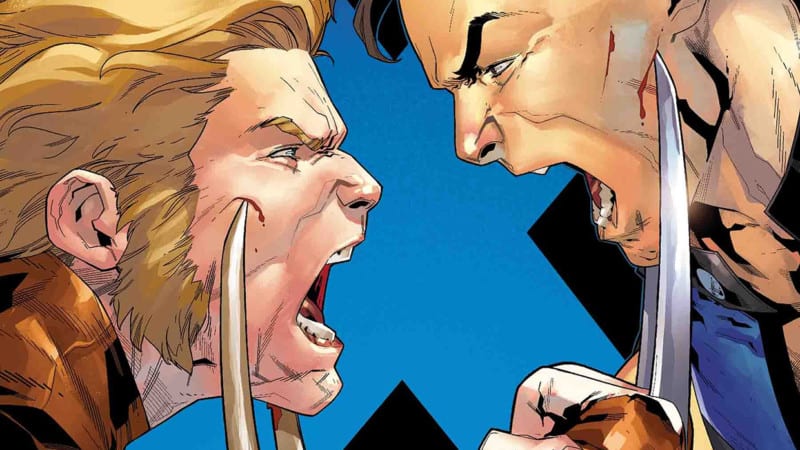 “Poisons” are the epitome of their name in this week’s X-MEN BLUE #30. Infectious, parasitic, and hard to get rid of, Jimmy Hudson’s Poison persona is draining the life out of the once-worth-reading X-MEN BLUE series. Writer Cullen Bunn and artists Nathan Stockman and Matt Milla try to marry violence with childish character designs, and the result is less than stellar. If readers learned anything from the troublesome VENOMIZED miniseries, it’s that Poisons are incredibly difficult to write well and should probably just be shelved for a very, very long time.

That’s not to say everything about X-MEN BLUE #30 was an absolute failure. The end of the issue hints at the return of Emma Frost and, hopefully, the quasi-conclusion to the Poison problem. We have a lot to look forward to in X-MEN BLUE. But, thanks to the unspoken Poison obsession Bunn has, we don’t have a lot of quality content this week.

Kitty and Colossus’ Decades Long Romance: From the First Kiss to the Wedding

X-MEN BLUE #30 finds our teenage heroes up against another Wolverine-related foe: Daken. Magneto sent him to kill Jimmy in order to completely eradicate the Poison parasite from Earth. A Poisoned Jimmy faces off against Daken in a battle that takes up most of the issue. Of course, their tussle immediately ends once the X-Men find them. Jean does some telepathic magic on Jimmy and allows him to leave, injury-free.

The strangest thing about this issue is the amount of contrasting elements it enables. Most of the issue is a violent, bloody fight scene between Jimmy and Daken. They both get stabbed in some places no one wants to get stabbed in. Were it a movie, it’d get a PG-13 to R rating. X-MEN BLUE #30 clearly isn’t a kid’s comic, yet in some ways, it kind of feels like it. Poisoned Jimmy Hudson looks like a crude mixture between Wolverine’s Fang costume and anything that’s ever been worn in the Savage Land. His design is so overdone that it isn’t scary at all. It honestly looks like a villain you’d see in INCREDIBLES 2.

Why Karolina Dean is the Lesbian, Rainbow Goddess We All Need in Our Lives

Coloring Outside the Lines

I don’t blame Stockman for Jimmy’s design since it was introduced in VENOMIZED. However, his simplistic art does add to the elementary appearance of this issue. Stockman doesn’t have a bad style, but for this particular issue, with its grotesque amount of violence, it doesn’t work. He renders the facial features and anatomy of the characters well, but he gives them an unneeded cartoonish edge. Colorist Matt Milla blankets them in overly saturated, flat colors that add to this coloring-book style art.

Sometimes in comics, opposites work well together. But, in this issue, the contrasting elements fight for dominance, creating a confusing dynamic. Bunn is clearly trying to portray a serious exchange in X-MEN BLUE #30, but the art and Jimmy’s design hinder his mission.

After such a long and involved arc as “Cry Havok,” I know X-MEN BLUE has to take a small “break” from the craziness. Comics always do that. They give readers a filet mignon and then, after the arc ends, they send them to McDonald’s. I’m not trying to rake on this phenomenon since sometimes the McDonald’s of comics can be really good — regardless of the perceived “quality.” Emerging artists and characters can become overnight sensations thanks to these “post-arc” issues. Sometimes, they’re amazing.

But, as in the case of X-MEN BLUE #30, sometimes they’re not so good. With X-MEN BLUE #30, you can tell that Bunn wants a good story with a lot of action, but because this is essentially a filler issue, he can only provide one drawn-out fight sequence. With so many action shots, it feels like a lot is going on in the issue. But, in reality, practically nothing happens. At the end, Jimmy is still alive and is still a Poison. There are no new characters or fun plot-twists. X-MEN BLUE #30 feels like a filler issue at times because of this. Instead of moving the series ahead, it’s sitting still.

I know Bunn has something major planned for upcoming issues of X-MEN BLUE thanks to the covers that Marvel’s already released. He’s going to do a lot with the time-displaced X-Men before the series ends with issue #36. But, for the moment, this series is struggling. The past two Jimmy-centric issues underperform at almost every level. The only positive thing about this issue is the hope that X-MEN BLUE #31 will be better.