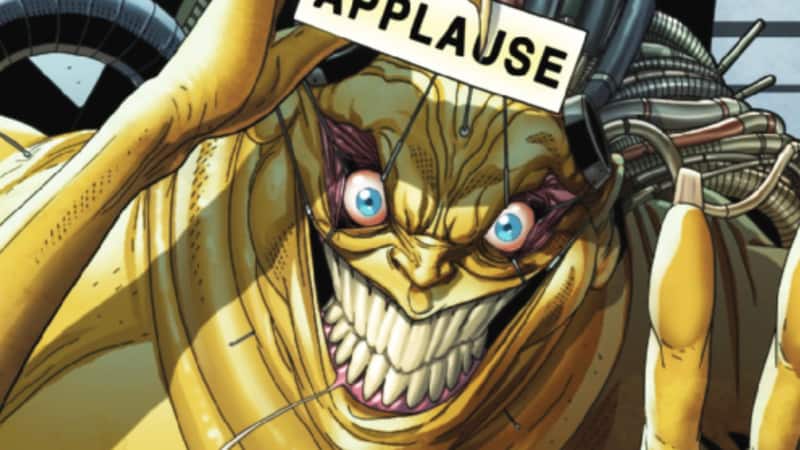 Mojo isn’t an easy character to write. He borders between hilarious and actually really dangerous. Most writers pick one or the other, but writer of X-MEN BLACK: MOJO #1, Scott Aukerman, somehow perfectly balances Mojo’s double-sidedness.

X-MEN BLACK is about studying the complexity of villains and realizing that they aren’t always villains. Aukerman tackles this issue extremely well, bringing just the right amount of comedy, action, and heartwarming dialogue. Paired with Nick Bradshaw and André Lima Araújo’s art, X-MEN BLACK: MOJO #1 shows a side of Mojo I didn’t even know I wanted to see. 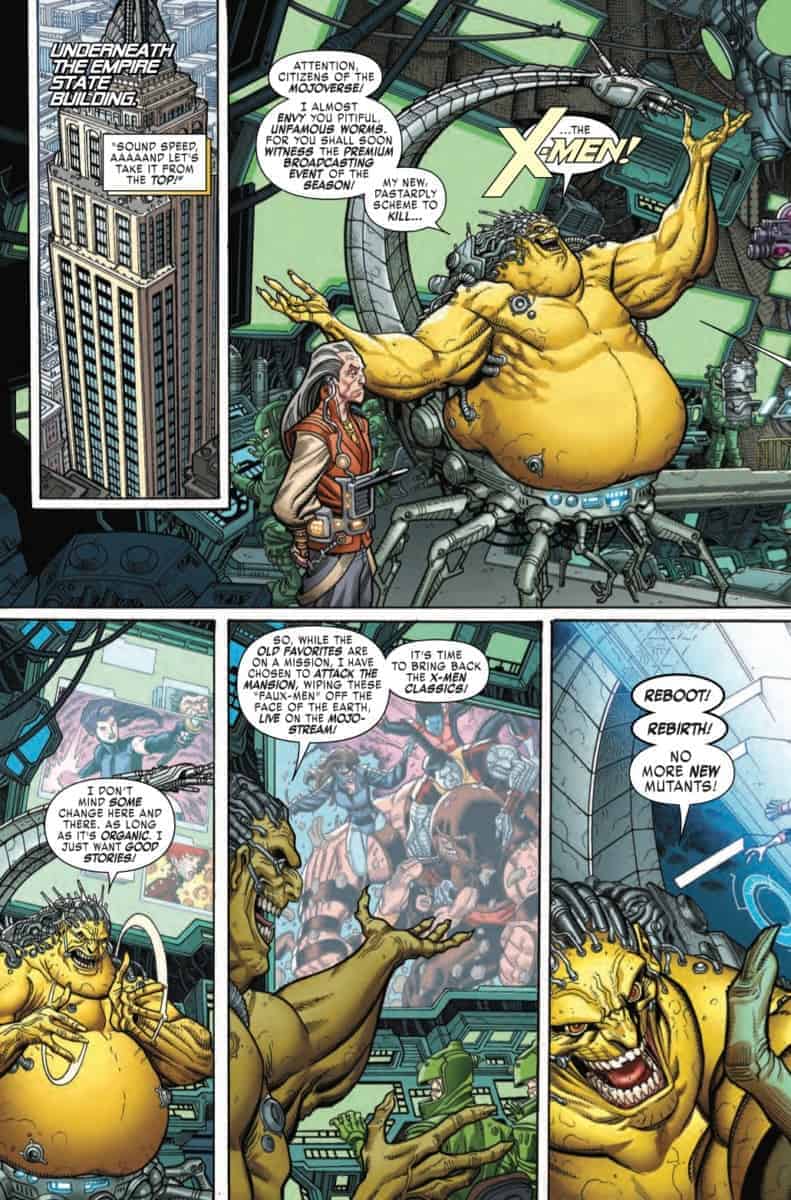 X-MEN BLACK: MOJO #1 tells a pretty simple story. Mojo falls hard for a human woman and tries desperately (and awkwardly) to get her attention. In between flirting, Mojo gets some lessons from X-Men member Blob who, though not “traditionally handsome” still manages to live peacefully in society. In just one issue, Mojo learns a lot about a world he’s hated from afar for years. 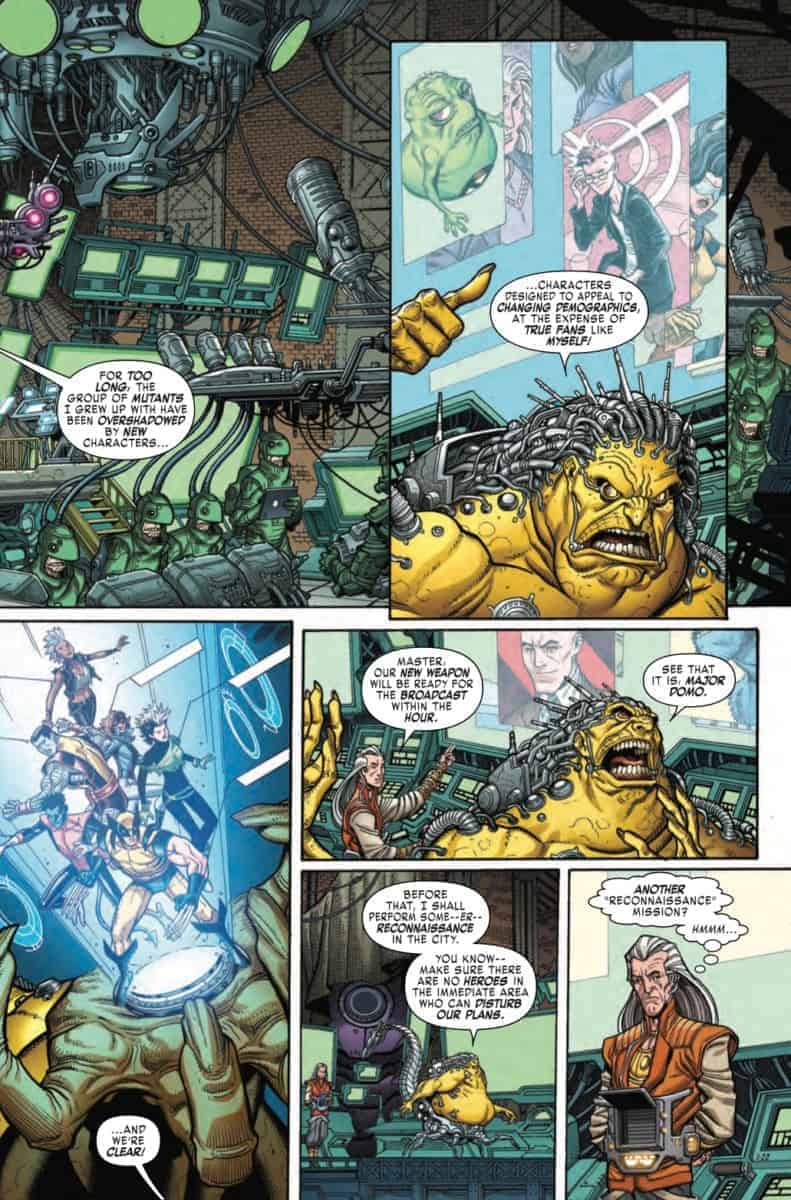 So many comics take themselves too seriously. They focus too much on an end goal, that, in the end, turns out to be pretty disappointing. Writers can forget that, at their root, comics are meant to entertain readers. A great way to keep a reader’s attention? Make them laugh.

X-MEN BLACK: MOJO #1 is hilarious, and I don’t say that lightly. When it comes to funny comics, I can be a harsh judge. If you’re going to add a lot of humor to a comic, it needs to be real. A lot of series don’t get that. Readers shouldn’t be awkwardly laughing at parts because they know they should be. They should really be laughing because it’s funny. 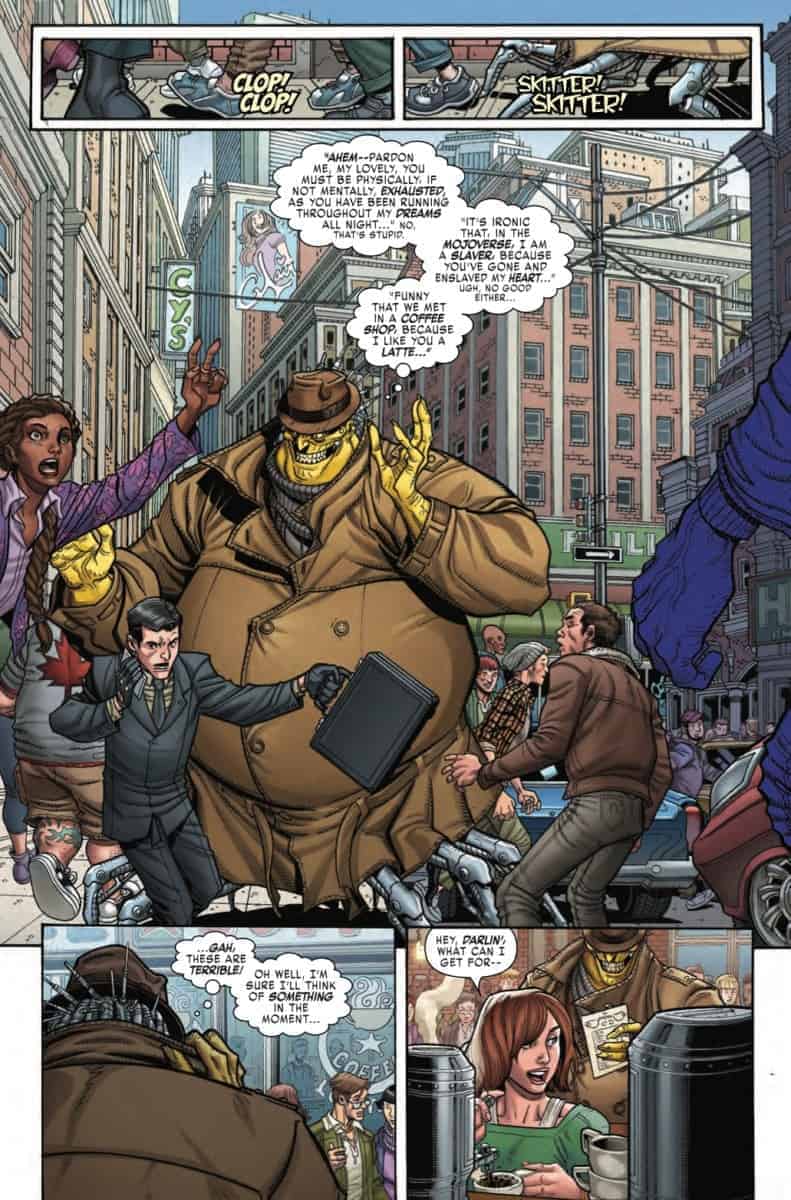 What does X-MEN BLACK: MOJO #1 fundamentally accomplish (aside from giving readers a laugh)? It gives Mojo’s character depth. Before, Mojo was a pretty flat and stale character. The Mojoverse was a creative idea when it was invented, but by 2018 it doesn’t feel half as fresh. Aukerman needed to add something new to Mojo. In a creative twist, he adds love.

Mojo is such a strange villain that it’s hard to picture him in the “real world” — outside of his screen-laden lair. In X-MEN BLACK: MOJO #1, Aukerman places Mojo in New York City, surrounded by ordinary people. It just so happens, Mojo falls in love with one of those “unfamous worms” as he calls them.

The story is real and relatable. We get to see a side of Mojo that isn’t obsessed with ratings and the X-Men. We see a Mojo that is capable of human emotions. Suddenly, one of the most villainous characters in the X-Men universe isn’t really all that villainous anymore. His pure friendship with Blob only solidifies the thought that Mojo isn’t all evil. 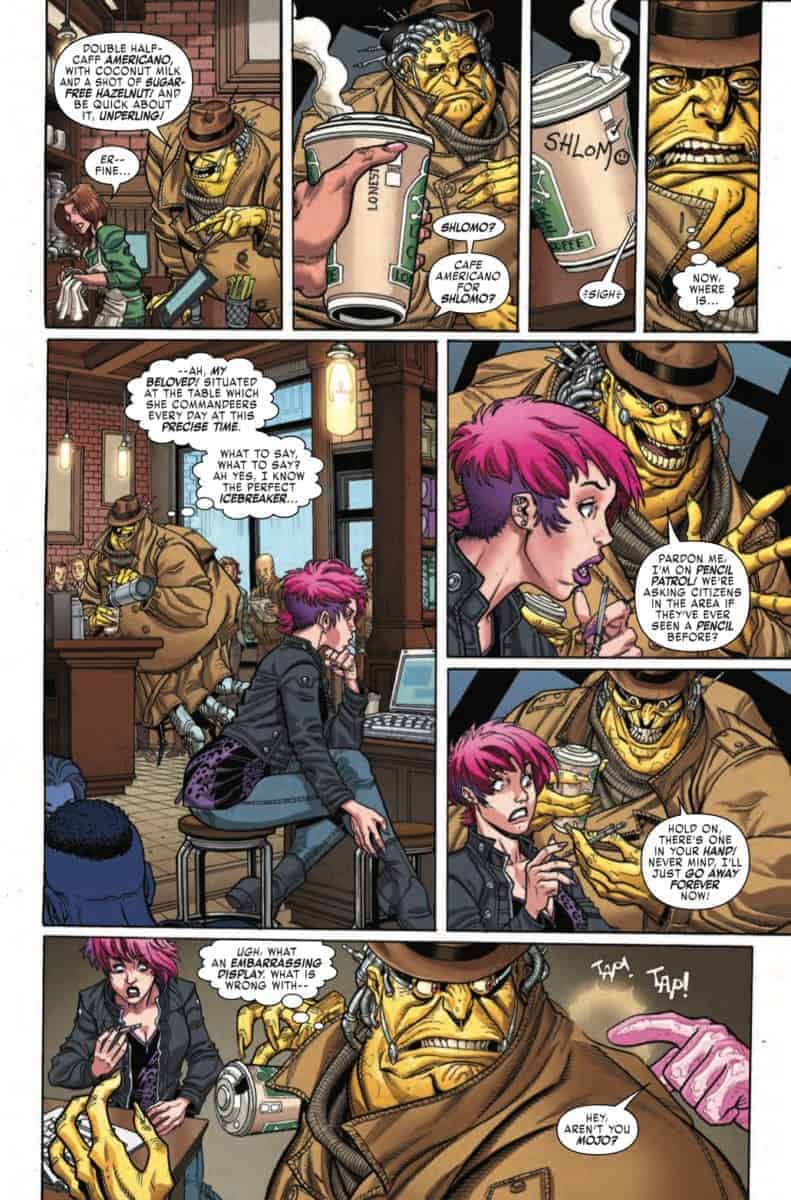 One of my least favorite things to see in comics is disconnected art. Having multiple artists on an arc can completely ruin the tone of the story and leave readers feeling confused and disappointed. In X-MEN BLACK: MOJO #1, Nick Bradshaw and André Lima Araújo split the issue down the middle. Bradshaw does the first half and Araújo does the second. Although this sort of splitting could work if it had something to do with the content of the comic, in this case it’s completely random and uncalled for. It shouldn’t have happened.

Because of deadlines and busy schedules, it inevitably does happen from time to time. I get it — doing interior artwork is hard and time-consuming. Still, it’s up to Marvel to make sure an issue has consistent artwork that parallels the tone of the issue. Bradshaw and Araújo have fairly similar styles, but the switch from one artist to the other is still pretty jarring. They’re both extremely talented and bring good work. It’s just a disjointed issue.

Colorist Guru-eFX does his best to pull the two styles together using a cohesive and vibrant palette. To some extent it works, but the art is still the weakest element of the issue.

If you’ve never liked Mojo’s character in the past, please pick up a copy of X-MEN BLACK: MOJO #1. This issue might just change your mind. We get to see a version of Mojo that’s never been seen before and may never be seen again. Unlike X-MEN BLACK: MAGNETO #1, this issue understands that it needs to tell a complete story in a short amount of time. But, it also naturally encourages a sequel. Although I’m sure Marvel isn’t planning a new series for this strange, octopus-chair riding blob, it’s exactly what he needs. With Aukerman at the helm, it could be something really memorable.