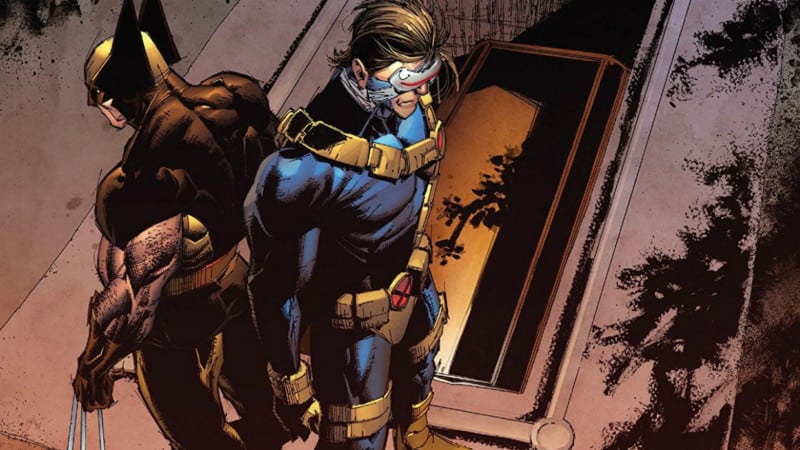 You may not realize it, but comics (like pretty much every form of narrative content) need interludes. When storylines get too confusing and overworked, an interlude serves the vital role of slowing things down and getting characters back on track. I’m not sure everyone would agree with me, but I found UNCANNY X-MEN #17 to be a near-perfect interlude. It does exactly what any interlude is supposed to do: give readers a break. 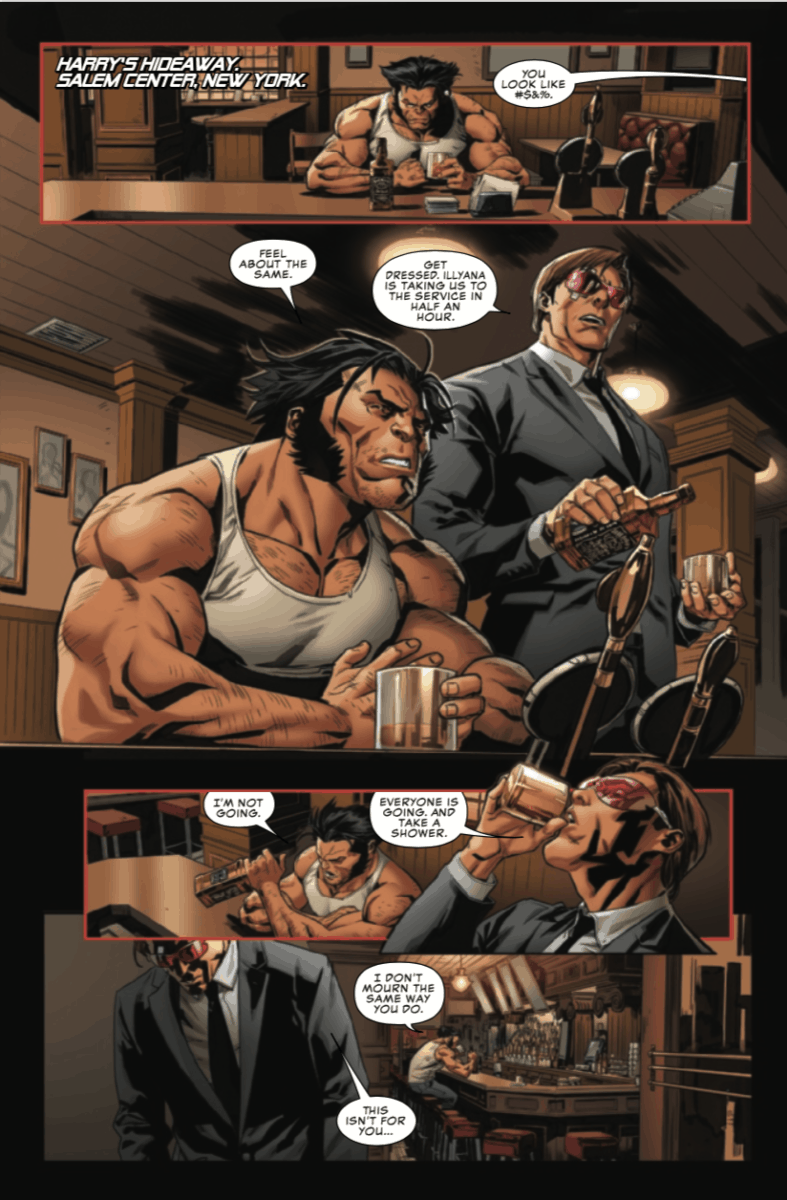 We take a step away from Cyclops’ convoluted “mission” to take a look at some of the characters who rarely get a chance to shine. Rahne, Wolverine, and, to a lesser degree, the New Mutants get to speak for what feels like the first time in UNCANNY.

UNCANNY X-MEN #17’s status as an interlude saves itself from my regular critiques. Writer Matthew Rosenberg keeps the pace reasonable and doesn’t try to confuse the reader with a tangled web of timelines. Guest artist Carlos E. Gomez brings some needed style to UNCANNY that series regular Larroca just can’t seem to deliver. All in all, it’s the kind of issue that every series (UNCANNY in particular) needs.

At the end of UNCANNY X-MEN #16, Rosenberg announced Rahne’s death. Some of us believed him and some of us didn’t. I was honestly in the “don’t believe” camp and, even after reading UNCANNY X-MEN #17, I’m still there. This issue details Rahne’s funeral, her untimely (and strangely random) death, and Wolverine’s violent reaction to the news. Rosenberg weaves each of these pieces together into an enthralling tale that talks about everyone Rahne touched. She might not have a lot of fans, but Rahne’s been around for a while. If she is dead, she deserves an issue commemorating her life as an X-Man. 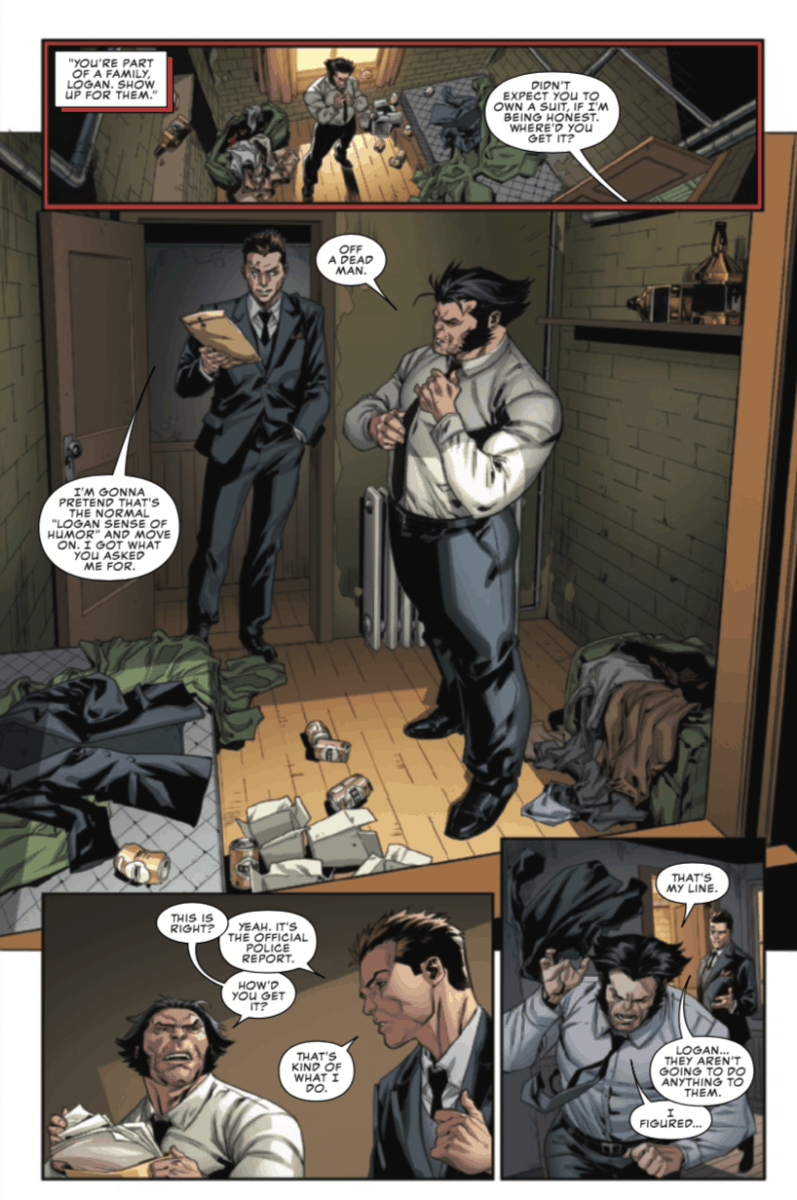 The reason I don’t think she’s dead (or, at least, not dead for long) is because Rosenberg doesn’t really give her that. Dani’s voiceover is emotionally relevant but the scenes of Wolverine killing teenagers isn’t. Wolverine needed more panel-time, but this issue (a.k.a. Rahne’s issue) isn’t the best place for that. I also found the way she died to be a little underdeveloped and canned. Low-level mutant hatred and sexism is what kills one of the original New Mutants? For me, that just doesn’t sit right. Either Rahne isn’t actually dead or Rosenberg just didn’t like her.

Smelling the Roses in UNCANNY X-MEN #17

The best part about UNCANNY X-MEN #17 is the pacing. That seems like a silly thing to say when there are so many other things to talk about in a comic like UNCANNY X-MEN #17, but it’s really the pacing that makes it all work. Rosenberg loves to write fast-paced comics that keep readers turning pages quickly. Sometimes that works and sometimes it doesn’t. For an issue about a funeral, that definitely doesn’t work.

In UNCANNY X-MEN #17, he focuses on slowly exploring a few lost characters and really digging into who they are. He includes more emotional dialogue than most of the other UNCANNY issues combined. Although she isn’t shown much, Dani’s floating dialogue does this perfectly. She talks about both Rahne and Rahne’s impact on the X-Men. While I still think Rosenberg should’ve focused more on the New Mutants (and cut the number of scenes with Wolverine in half), Dani still manages to show off a bit of her true character. 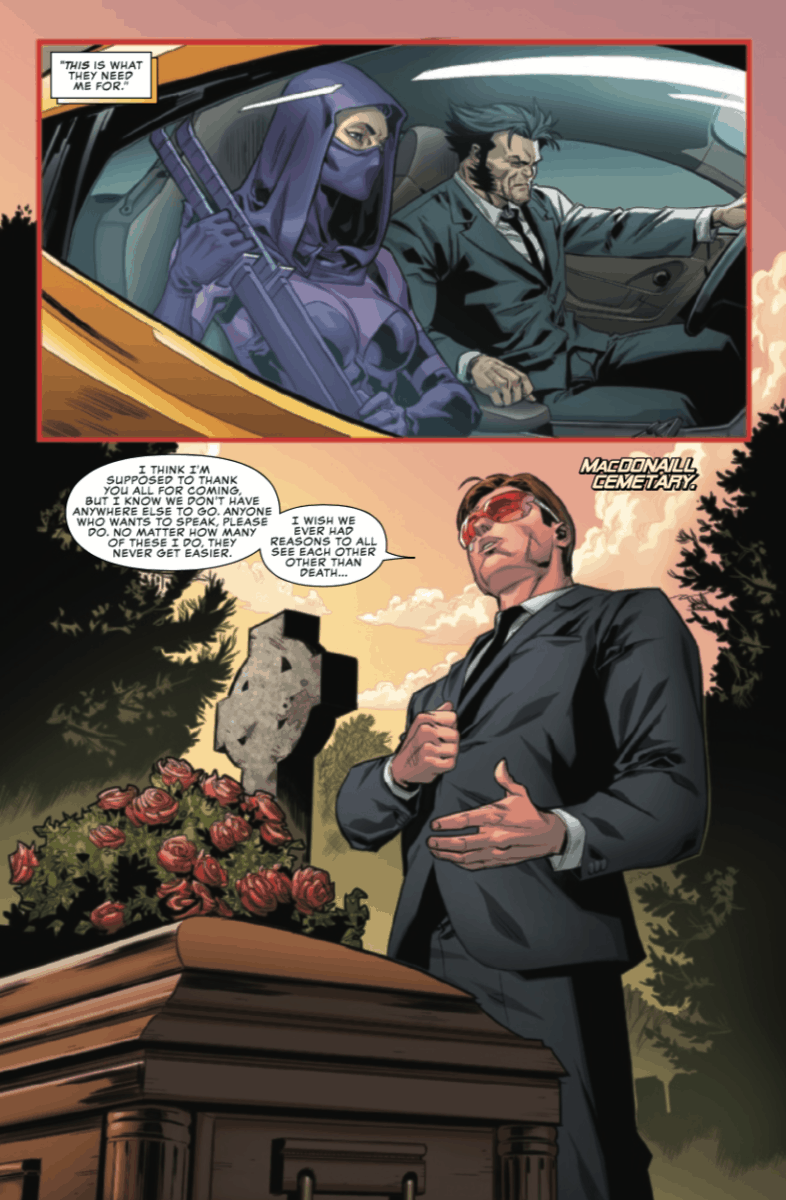 A Change in Style

Guest artist Carlos E. Gomez is Marvel’s answer to every fan who’s ever complained about the art in UNCANNY X-MEN (myself included). His fluid style is exactly what UNCANNY needs to become more successful. It’s natural, narrative, and beautiful to look at. The characters in UNCANNY X-MEN #17 actually look like characters instead of stiff mannequins. 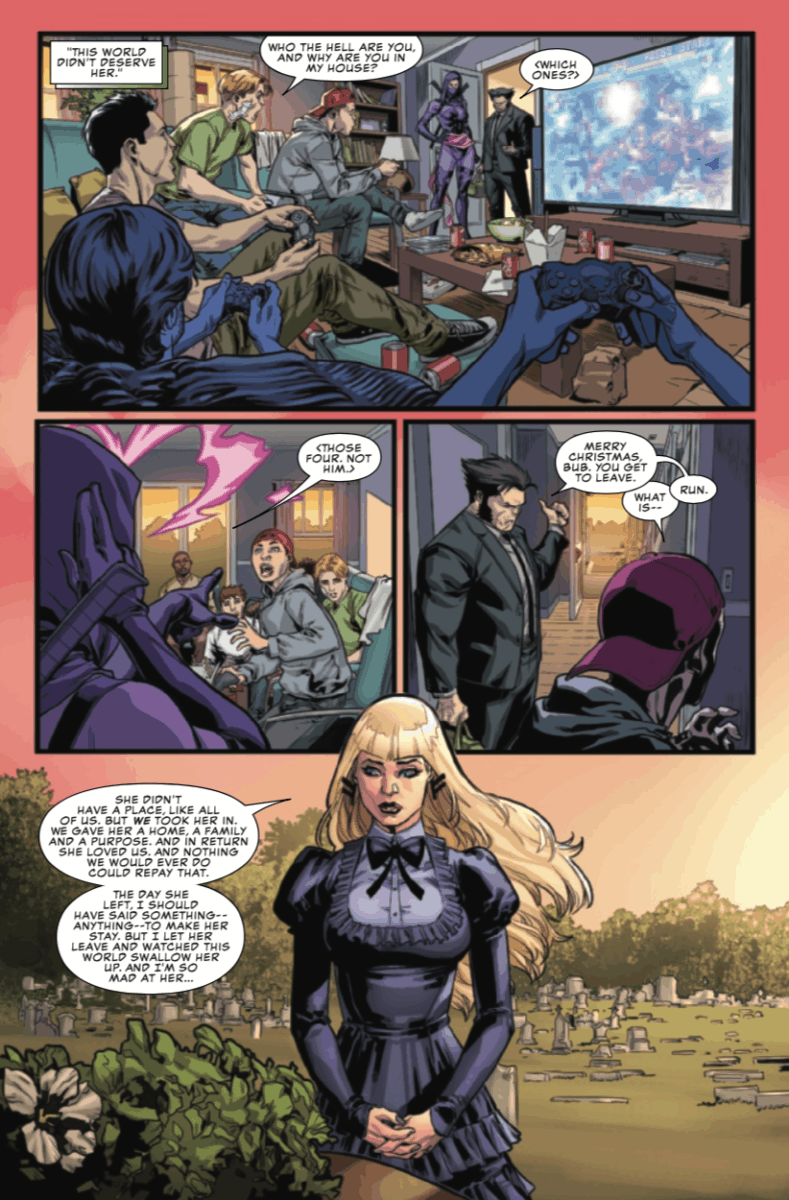 Color artist Guru-eFX improves significantly with the change in penciller. Whether or not it’s true, his palette seems more saturated and colorful. Although UNCANNY X-MEN #17 is about a funeral, it has some of the liveliest art since UNCANNY X-MEN #10.

Where Do They Go Now?

Rosenberg seems to really like killing off X-Men characters but what does this mean for the larger X-World? This UNCANNY run isn’t going to last. Hickman’s new series are coming which begs the question: will Rahne’s death stick? From what Rosenberg gave us in UNCANNY X-MEN #17, I think the answer is no. Much of UNCANNY so far has felt like a strange purgatory that’s existing just to prove that the Age of X-Man is, in fact, occurring on a separate plane of existence, away from Earth-616.

As much as he’s trying to make this a landmark series, Rosenberg only has so many characters to play with (and he’s killing off a lot of them). At the moment, UNCANNY isn’t the place for big things to happen. However, that could change with Emma Frost and Mystique coming into the picture in the next issue. As one of the strongest telepaths in the world, Emma might be the key to getting the other X-Men out of X-Man’s trap.