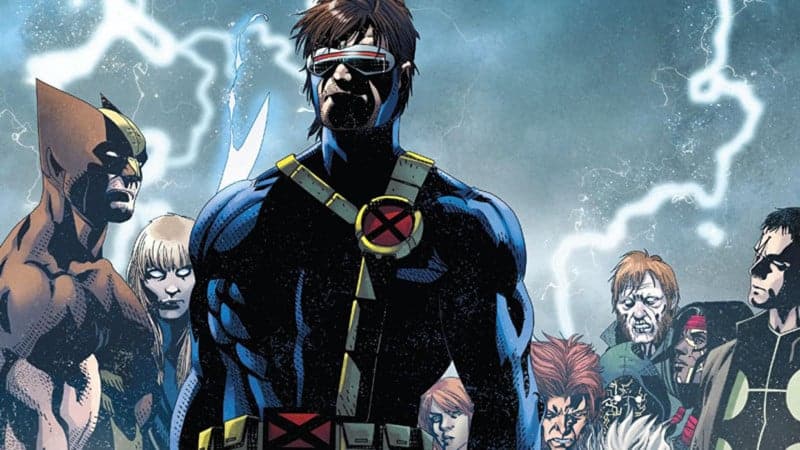 The plot of UNCANNY X-MEN #14 is deceptively simple: Cyclops has got a list, and he’s sticking to it. As stated in UNCANNY X-MEN #13, Cyclops and his rag-tag bunch of leftover mutants are on a suicide mission to lock up every X-related villain who could endanger world peace in the imminent future, when the X-Men are officially gone. Armed with a strong team, Cyclops’ list is slowly but surely becoming a reality. This all sounds nice, but there’s one big problem with UNCANNY X-MEN #14: it’s way too confusing.

That, plus the lackluster art, doesn’t add up to a very high score. The past few issues of UNCANNY X-MEN had me thinking that maybe Matthew Rosenberg had managed to get the runaway series back on track, but now I’m not so sure. UNCANNY X-MEN #14 seems to prove that Matthew Rosenberg and Salvador Larroca are, more or less, just waiting for the other X-Men to return from the Age of X-Man. If that’s the case, do we really need UNCANNY X-MEN? 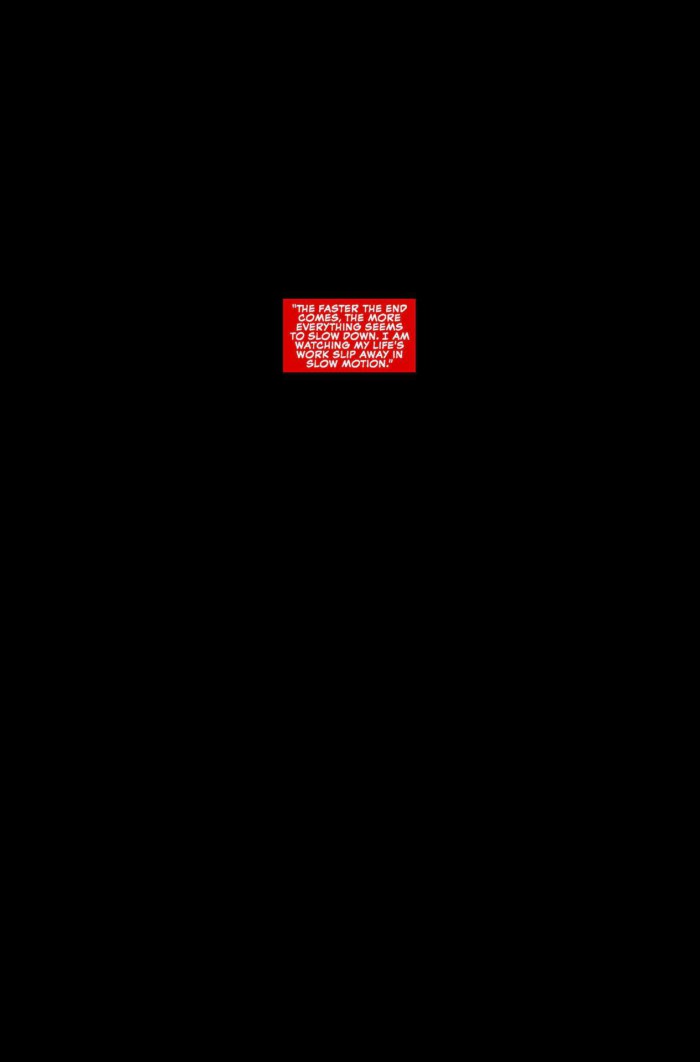 UNCANNY X-MEN #14 is confusing. Rosenberg does a poor job sticking to a clear timeline, and the results aren’t good. I read the issue a few times and still had trouble piecing together all of the jumbled parts. Basically, Scott and his team run into the Morlocks while searching for the Marauders. Callisto and Chamber are leading the Morlocks, but their numbers are dwindling. They need help, and Cyclops is willing to give it.

Cyclops calls long-time X-Men ally Val Cooper, who used to work as the liaison for mutant affairs in the U.S.A. government. Scott proposes an offer: a safe haven for the Morlocks in exchange for a future favor. Val accepts, but there’s a catch. The Morlocks can have a whole region in Eastern Europe to themselves as long as Cyclops and his team kick out the fascist government currently residing there. Without a second thought, Cyclops agrees and, soon enough, the Morlocks have a home that, for once, isn’t in a sewer.

Too Much and Too Little

I’m not entirely sure if UNCANNY X-MEN #14 is trying to do too much or not enough. Rosenberg certainly packs as much as he can into this issue, from the Morlocks subplot to the strangely drawn-out scenes with Hurageb. A lot happens, but the real question is, did any of this need to happen? 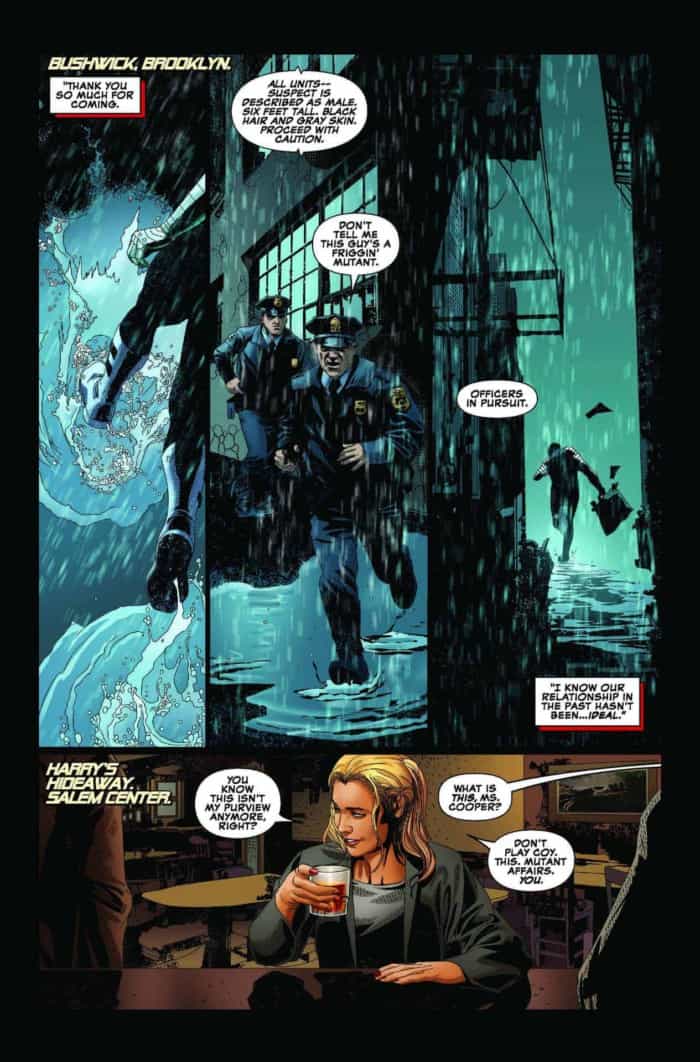 In most comics, there’s an overall goal that the arc is steadily working towards. In UNCANNY X-MEN #14 there is no purpose. Although Cyclops is apparently trying to hunt down all of the X-villains, this issue blatantly veers from that course. Rosenberg is essentially tying up loose ends by throwing in the Morlocks. Tidying up a storyline can be a good thing, but it shouldn’t take a whole issue. In future issues, I hope Rosenberg can better pick which plot points are important enough for print and which ones are better left on the drawing board.

Cyclops in the Spotlight

The unfortunate consequence (well, one of many) of having such a packed issue is a general lack of characterization. So much is going on that characters like Dani, Magik, and Rahne become wordless blobs on the page. Even Havok, who Rosenberg has favored in past issues, gets less than a few words.

The only character who gets a modicum of attention is, you guessed it, Cyclops. Now, I firmly believe that Cyclops should be the star of UNCANNY X-MEN. He just came back from the dead and, unlike Wolverine, he didn’t have a million miniseries celebrating his return. Still, he has a team of famous X-Men backing him, and none of them are getting the panel-time they deserve. For the most part, I like how Rosenberg is handling Scott’s character. I want him to continue what he started with Scott. I just also want some of those background characters to come to the foreground for once. 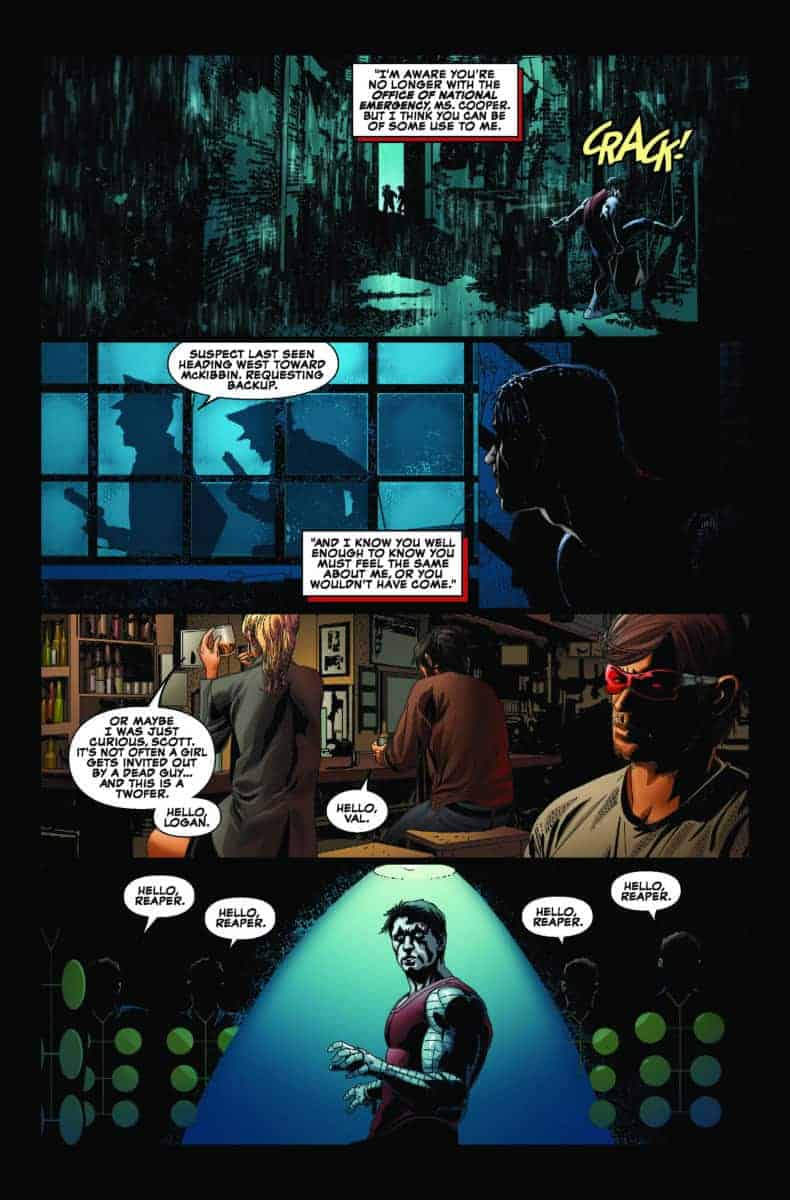 I’m the first one to complain when a comic series sees endless artistic changes. Having one artist draw or color a complete arc gives the story a needed sense of unity. When half a dozen artists work on an arc, the story can feel disjointed and confusing.

With all that being said, sometimes a series needs an artistic change. UNCANNY X-MEN, after this week’s issue, really needs a change. As I’ve said in past reviews, Larroca isn’t a bad artist, but his very distinct style personally isn’t palpable, especially in this issue. Although his figures are proportional, they lack the fluidness that comic characters need to have. 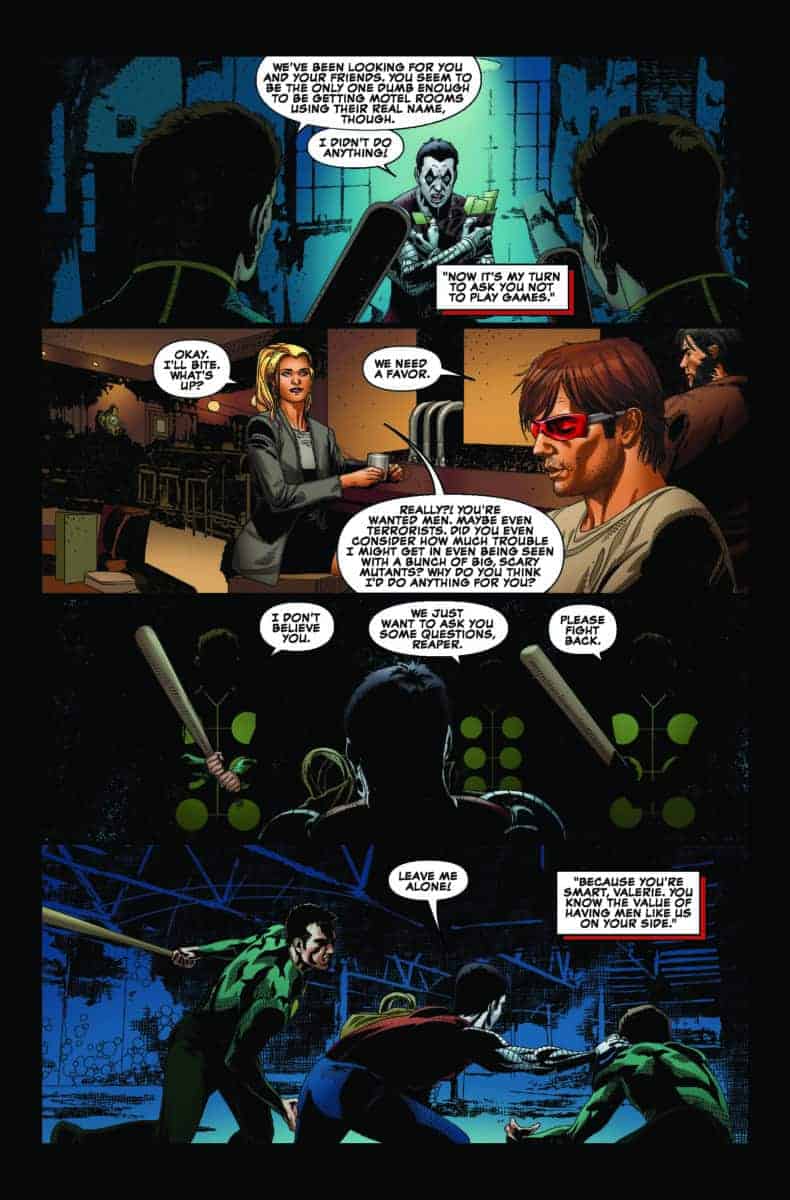 Color-wise, Guru-eFX favors a darker palette, which sometimes works and sometimes doesn’t. This is a dark story, but such a palette makes the pencils harder to see and the story less visually comprehensive. A different artistic team might be able to move this series into a new and better direction.

UNCANNY X-MEN #14 is a big letdown for the X-Men community this week. This series is supposed to be Marvel’s way of getting the X-Men back on track. As of right now, it’s failing to realign even a few characters. It almost seems as though UNCANNY X-MEN is putting out filler issues, overflowing with purposeless content, as a way to wait out the Age of X-Man. If fans have to read issues like UNCANNY X-MEN #14 until the end of the Age of X-Man, the series will lose readership quickly. Something big needs to happen, and it needs to happen in UNCANNY X-MEN #15 if Rosenberg wants to keep this sinking boat afloat.