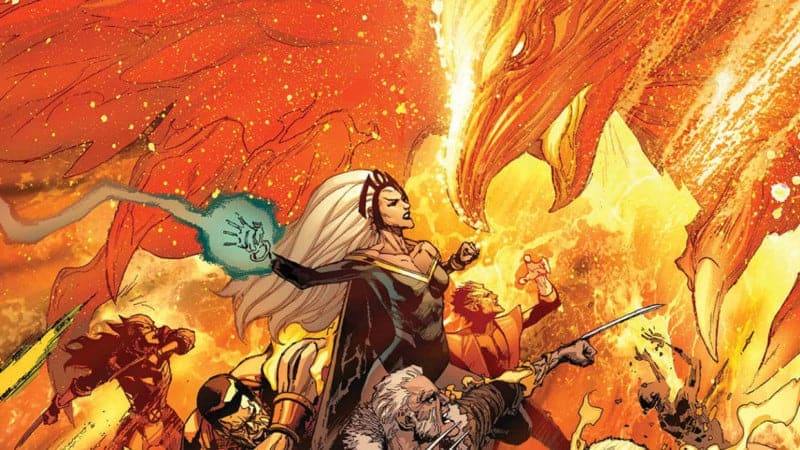 ComicsVerse has an exclusive first look at next week’s PHOENIX RESURRECTION #4, the penultimate issue in writer Matthew Rosenberg’s series! The first three installments of the long-awaited series have left readers with a plethora of questions. Thus far, Jean Grey appears to be an ordinary girl who has no memory of her time with the X-Men. Interestingly though, in recent issues, Jean has begun to experience strange events in her life. From dramatic visions of her drowning to strange quakes trembling her bedroom, it appears as though the powers of the Jean Grey we know are manifesting.

It All Starts to Come Together in PHOENIX RESURRECTION #3

Meanwhile, the X-Men are investigating strange occurrences across the world. Inexplicable energy spikes scatter across the globe while various mutants are disappearing. In the last issue, the squad came to the conclusion that those occurrences were in fact catalyzed by the force of the Phoenix itself. If that wasn’t enough of a problem, Magneto made a mysterious return in PHOENIX RESURRECTION #3. The strangest part of that, though, was that his doppelgänger showed up at the diner where Jean Grey works!

So, there are still plenty of questions yet to be resolved in this series. The most important question is, will PHOENIX RESURRECTION #4 resolve these mysteries?

The first few pages of PHOENIX RESURRECTION #4 features some strange, and may I add creepy, sequences of events. It appears as though Jean Grey is caught between two worlds, one of death and destruction and one of an ordinary life. So, what is her reality?

Meanwhile, the X-Men are about to come face to face with the Phoenix. They find themselves entering a structure in the middle of New Mexico, and, upon entering the structure, the team encounters death itself.

So, if you can’t wait until January 24th to get your Jean Grey fix, check out ComicsVerse’s preview below!