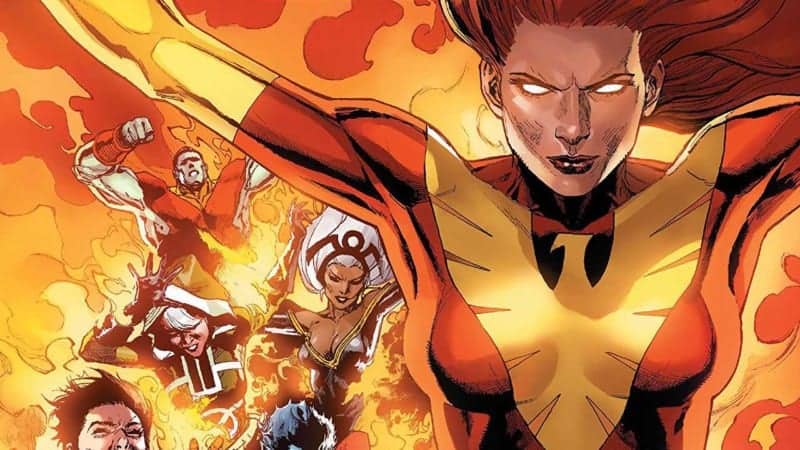 Marvel Entertainment has provided ComicsVerse with a sneak peek at the highly anticipated return of (adult) Jean Grey in PHOENIX RESURRECTION #1! From writer Matthew Rosenberg and artist Leinil Francis Yu, the original Jean Grey will be returning to comic book pages for the first time since her demise in 2004.

Recent years have featured a young, time-displaced Jean after, in ALL-NEW X-MEN, Beast traveled into the past to bring a younger version of Jean Grey into the future in an effort to reform an altered cyclops. Since then, the character has been featured in her first solo series in 2017.

Now though, it is time for the revival of the Jean Grey that has been gone for far too long.

The upcoming issue kicks off a five-part series entitled PHOENIX RESURRECTION: THE RETURN OF JEAN GREY. In addition to this arc, Jean will also be leading her very own team of mutants in a series entitled X-MEN: RED. She will be fighting alongside notable X-Men including Nightcrawler and X-23.

The preview, featured in the image gallery below, features a dark beginning to Marvel’s upcoming series. Two children come across a young girl who is bleeding from her head. Suddenly though, the young girl seemingly recovers. She begins to speak gibberish. However, if one unscrambles her words, it appears that she is saying, “We were better off dead.” Abruptly, a red-headed girl enters the scene, holding a pigeon. The pigeon bursts into flame as the red-headed girl begins to fly. The children make a run for it, fearing for their lives.

JEAN GREY #10 Review: Whose Fight is it Anyway?

The issue then transitions to the arrival of the X-Men to the scene of the strange event. They discover the bodies of the two children, surrounded by the feathers of the pigeon. Meanwhile, Rachel Summers begins repeating the gibberish the young girl recited at the beginning of the issue.

PHOENIX RESURRECTION #1 seems to explore darker territory, and I am personally here for it.

So, can’t wait until December 27th to get your fix? Check out ComicsVerse’s preview below featuring the first few pages of the long-awaited series!

Episode 6: Jean Grey and the Phoenix as Metaphor Part 2 of 3 – X-Factor and New X-Men