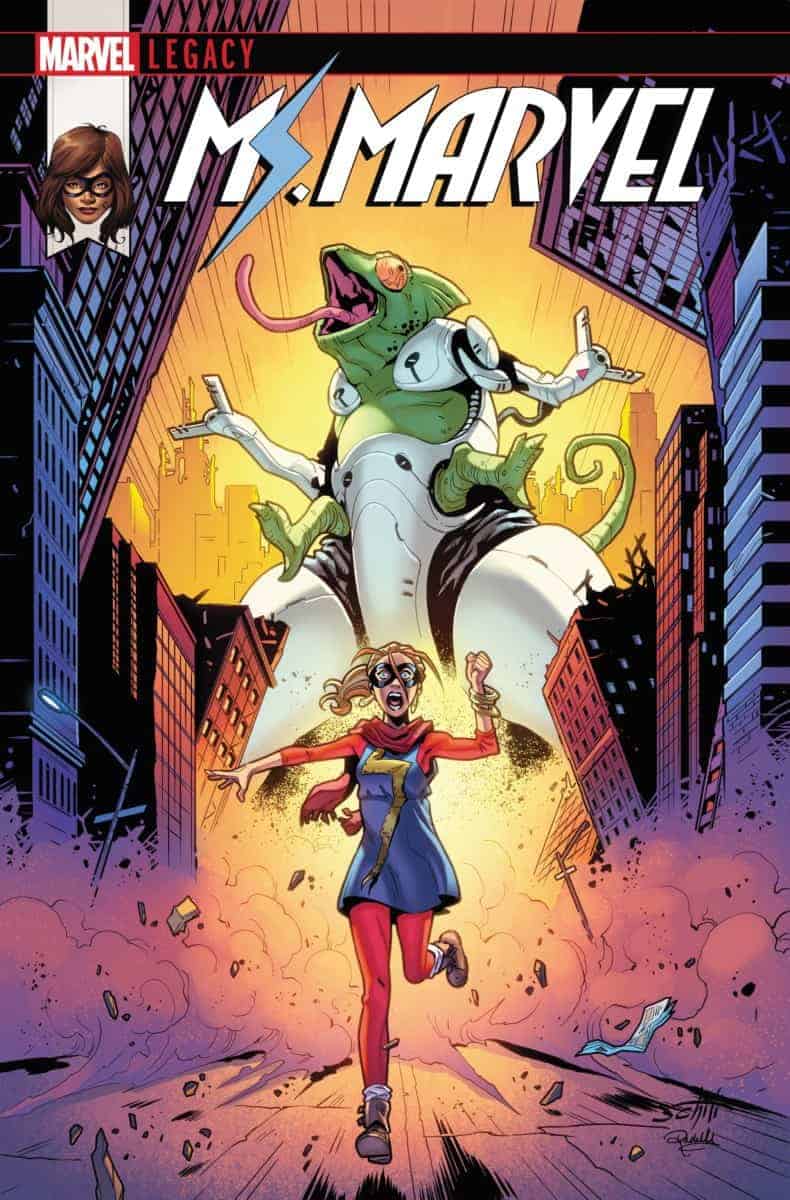 Regenerating soldiers, bloody hands, and a ghost from the past are just a few things that Logan deals with in OLD MAN LOGAN #33.

OLD MAN LOGAN, a book that has become a staple of the contemporary X-Men line-up, is starting to show a little age. Its plot feels familiar, and the twists are predictable. However, buried in that familiarity is enough emotional punch to make the book consistently entertaining and fun. The work by writer Ed Brisson and artists Mike Deodato Jr. and Frank Martin Jr. may not reinvent the wheel, but it certainly doesn’t break it.

Starting off at a tender moment from Wolverine’s past, OLD MAN LOGAN #33 quickly kicks into high gear. After barely escaping from the clutches of Gorgon and the Scarlet Samurai, Logan finds himself teaming up with Shingen, the Silver Samurai, to take down Gorgon and The Hand before Shingen’s miracle drug gets in the wrong hands. Meanwhile, Logan tries to convince the Scarlet Samurai to remember her past as Mariko, the one where they were once in love.

In typical Wolverine fashion, the events of this issue are tragic. A figure from Logan’s past is being used against him, and he can either kill them or be killed. While this plot is far from new in Logan’s book, that doesn’t mean it isn’t heartbreaking. The opening pages show her struggling to remember Logan on the verge of murdering him. When she resists, it causes Gorgon to go off his rocker. Seeing her struggle to fight his control is interesting, as we’re not just seeing the entire thing from Logan’s perspective. Mariko is a great character, and the issue ends with her and Logan being sent off together on a mission for Shingen. That being said, the next issue is going to pack a wallop as the two finally get some time alone.

GAMBIT Movie: Everything We Know So Far About Fox’s X-Men Film

While the majority of OLD MAN LOGAN #33 revolves around Logan and Mariko, there is still a much larger picture at hand. The battle between Shingen and Gorgon actually has a solid amount of stakes. If the drug gets out into the world, more will be lost than just Shingen’s company. If Logan and Mariko can’t stop it, there’s no telling what impact a self-healing drug that eventually kills people would have on the market. Seeing Gorgon struggle for power is entertaining as well. His temper reminds us what a compelling yet insanely out-of-control villain he can be.

The Hand are some of the most faceless villains in Marvel history. However, what Gorgon is trying to achieve with them is beyond dangerous. There are so many faceless warriors that fall within The Hand already, but what if they had the ability to heal immediately? With this drug, they could quickly get enough numbers to actually succeed in one of their world-dominating plans for once: there would be no way to dwindle The Hand population. The Hand are a threat to more than just Logan. If this plan succeeds, it spells danger for a lot of Marvel heroes. It’s fun to see such a classic villain strive to become something new.

The Artwork of OLD MAN LOGAN #33

Deodato’s artwork, along with colorist Frank Martin’s eye-popping colors, does a steady job of showcasing the interesting world in OLD MAN LOGAN #33. The color scheme is reminiscent of 80’s synthwave, making each page a joy to look at. The colors pop and the pulpy style look great and never becomes repetitive. The smaller parts, like Logan’s damaged hands, sometimes lack extreme detail. However, this is barely noticeable. The over-arching aesthetic of the book makes it stand out against past stories without trying to duplicate what artists like Andrea Sorrentino have done in the past with this book.

The current story arc, while not the series’ strongest, is still immensely entertaining. At its best, it reminds us why this book works so well. Logan as a character attracts tragedy. Seeing him fight to save a loved one is engrossing, especially with the eye-popping visuals. Next issue is sure to be a treat.