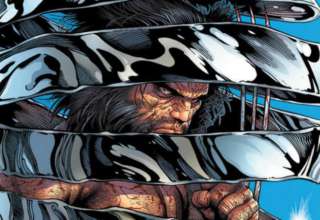 Marvel Comics just announced a new Wolverine book is coming in April, and it looks like Logan’s back and badder than ever.

Okay, we may not know that for sure yet. But come on — it’s Wolverine. He’s sure to kick some ass in his triumphant return to the Marvel Universe.

Everyone’s favorite grump has been traversing some other Marvel books as of late. He’s been protecting an Infinity Stone, but has been pretty sketchy about the details. THE HUNT FOR WOLVERINE #1 will start to give some answers.

The Guy Who Killed Him Will Bring Him Back

Writer Charles Soule (DEATH OF WOLVERINE, ASTONISHING X-MEN) and artist David Marquez (THE DEFENDERS, CIVIL WAR II) will be bringing this adventure to life, and exploring the whole of the Marvel Universe in the process.

Like any good mystery, it’s sure to raise more questions before any massive reveals.

Soule says that writing the death of this incredible character was “intimidating” and “tricky,” but he’s extremely proud of the end result. “There’s really only one project that could top it — being part of the story that brings Logan back! THE HUNT FOR WOLVERINE is just the opening chapters of a mystery that will reach all sorts of cool hidden corners of the Marvel Universe, and will tell a story that will hopefully have us looking at Logan in an entirely new way,” he added in a press release today.

The first issue will be released April 25, 2018, and will be an awesome 40-pages. Then in the following month, the tale will veer off into four different stories helmed by four separate teams, told via diverse genres. They’ll range from horror, to dark romance, to noir. Even their titles are intense: ADAMANTIUM AGENDA, CLAWS OF THE KILLER, MYSTERY IN MADRIPOOR, and WEAPON LOST.

“I’m really looking forward to seeing how fans start to put the pieces together,” says Soule. “There’s a big payoff coming down the road, and all the interlocking parts of THE HUNT FOR WOLVERINE build to it.”

“This is a game changer,” added series editor Mark Paniccia. “HUNT FOR WOLVERINE #1 has a stunning revelation and the four books that spring from it will each have a mind-bending, status quo changing reveal by amazing talent that I can’t wait to announce.”

Count us in, bub!