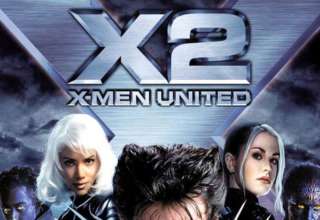 It’s been almost fifteen years since the second X-Men film from director Bryan Singer hit the screen in 2003, and it still holds up. Sadly, X2 is often forgotten. In its own way, it was able to make a statement against the current state of America while also being a highly entertaining and provocative superhero film.

In his book American Popular Culture in the Era of Terror, author Jesse Kavadlo says, “After 9/11, stories about the end of the world were rewritten for kids….stories about saving it turned dark, for adults…subsequent films all clearly take place in post-9/11 context.” That being said, it is evident that X2 exists within this post-terrorist world.

This is not to say that other superhero films, especially the other X-MEN films, do not stand for something themselves and explore similar themes of humanity or that comparisons cannot be drawn to other historical events, only that it is interesting that X2 feels like a direct response to 9/11 thanks to its themes and the time in which it was released.

In the beginning of the film, The White House is attacked by Nightcrawler, an unknown mutant threat. He attacks unexpectedly on what was thought to be an untouchable building, and the government has no clue who he is or why he attacked. The familiarity between this scene and the attacks on 9/11 can be found, but what is interesting is how the film deals with the fallout of such an attack and how it shows the victimization of the attacker.

Love THE X-MEN? Check out our podcast on AGE OF APOCALYPSE!

In order to thwart any future threat, the American government sanctions William Stryker’s anti-mutant task force to round up every single mutant under Professor Xavier’s care just in case they plan on attacking The White House like Nightcrawler did. The scene can be viewed here, in which a very scary and threatening black-ops unit attacks the X-Mansion at night, capturing children in their sleep and destroying parts of the home.

Does this all sound familiar? It should. The film mirrors the American government’s actions to 9/11 in several ways. As seen above, the generalization of “the other” and the disregard of innocence and age are eerily similar to the actions of our government, especially as portrayed in a lot of post-9/11 war films like THE HURT LOCKER. There is no way to say for sure if this was the intent of the film, but the evidence is there. What does this mean? It could mean absolutely nothing, just a coincidence that X-Men stories will always mirror the times in which they exist. Or, it could mean that this superhero film was taking a stance against the world which it was portraying. The defense against a misunderstood threat is the film’s biggest theme, and by highlighting the mutants (terrorists) as a peaceful and misunderstood people, it bring into question the justifications of many actions our country took and also highlights the anxiety many citizens felt. As always, the X-Men stand for those who don’t belong.

Later on in the film, Bobby Drake, aka Iceman, is forced to “come out” as a mutant to his family in this scene. In it, he asks his family to come to terms with the way he was born. They do not accept what he is, suggest he “try not being a mutant” and even blame themselves. The allegory in this scene is strong, stemming from America’s portrayal of the famous “coming out” scene. In a lot of ways, Singer and co. highlight the absurdity of forcing someone to apologize for the way they were born. As said in the film, Bobby can do amazing things. He was born a certain way and the fact that his family struggles with that showcases how some Americans react, and portrays, in a lot of ways, how silly it is to hate someone for being different.

ICEMAN recently came out in the Marvel comics, read this for the full scoop!

This film is mature in its nature of storytelling and attempts to say something with its characters and content. Of course, all of this could mean nothing, and the film could simply seek to be entertaining. Based on classic X-Men comics, how could it not mirror what is happening in society? There are plenty of superhero films that make statements, and, given time, this column will attempt to explore those and analyze them against the backdrop of the time in which they exist. X2, however, is still one of the best superhero films 15 years after its release and holds up so well as a representation of the state of the world in which it took place.