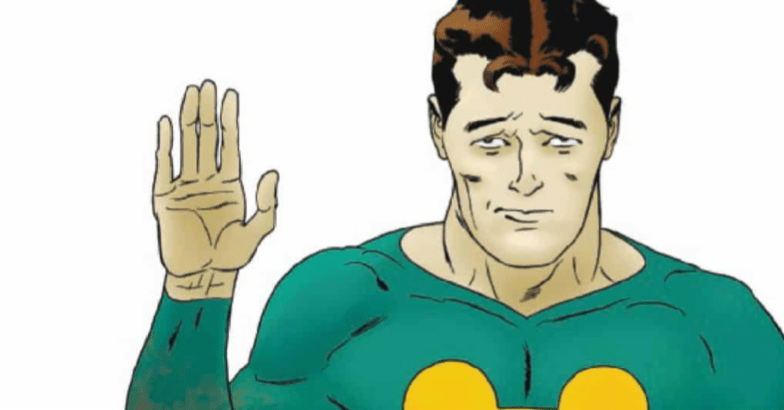 Matthew Rosenberg’s run on MULTIPLE MAN has been an absolute roller coaster, to say the least. In the preceding issues to MULTIPLE MAN #5, one of Jamie Madrox’s dupes was beheaded by another dupe known as the dystopian leader, Emperor Madrox. Interestingly though, the Emperor experienced a change of heart following the killing. So, he decided to go back in time in an attempt to change the path he chose.

Of course, this is simply just a taste of the wildness this series has maintained.

MULTIPLE MAN has undoubtedly been an unpredictable experience. From its non-stop humor to its tendency to discombobulate, the series has never not been entertaining despite its shortcomings.

Its conclusion in MULTIPLE MAN #5 features all the unique characteristics Rosenberg has implemented from the start. So, though this issue, and overarching series, may be too befuddling for some, it certainly proves why the series has been so unique through its insane finale. 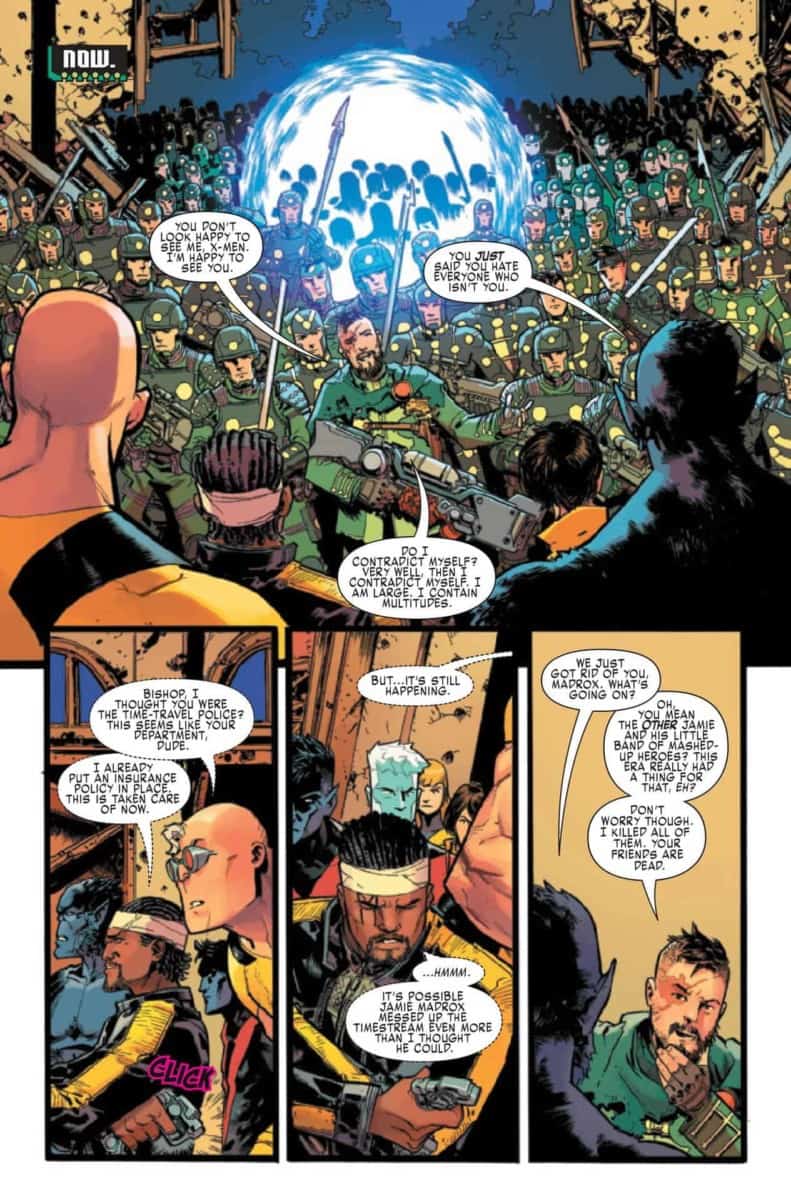 Let’s Do the Time Warp Again

The beginning of MULTIPLE MAN #5 depicts Lieutenant Madrox of the future leading an army of dupes into the present. Upon their arrival, they all find themselves confronted by some of the X-Men, which leads to quite the stand-off. Sometime later, Former Emperor Jamie faces off against Lieutenant Madrox. They both are intending to kill each other. However, Jamie affirms the fact that he cannot be killed since he is the prime dupe. That means if he dies, the rest of his dupes, including the Lieutenant, will too.

In a surprising counter move, Lieutenant Madrox injects himself with a serum designed by Beast to render himself a prime as well. Totally stunned, Jamie freaks out, asking Beast what happens when there are not one, but two primes. Humorously, Beast responds, “How the @#!$ should I know?”

Thankfully, Jamie manages to absorb Lieutenant Jamie before he can do much damage. However, this absorption ultimately means that the Lieutenant is vying for control of Jamie’s prime body. Thus, in an effort to stifle the Lieutenant’s control and the potential catalyst for the future in which Jamie becomes an evil emperor, Jamie’s Hulk dupe crushes Jamie’s head, killing him and the rest of the dupes. 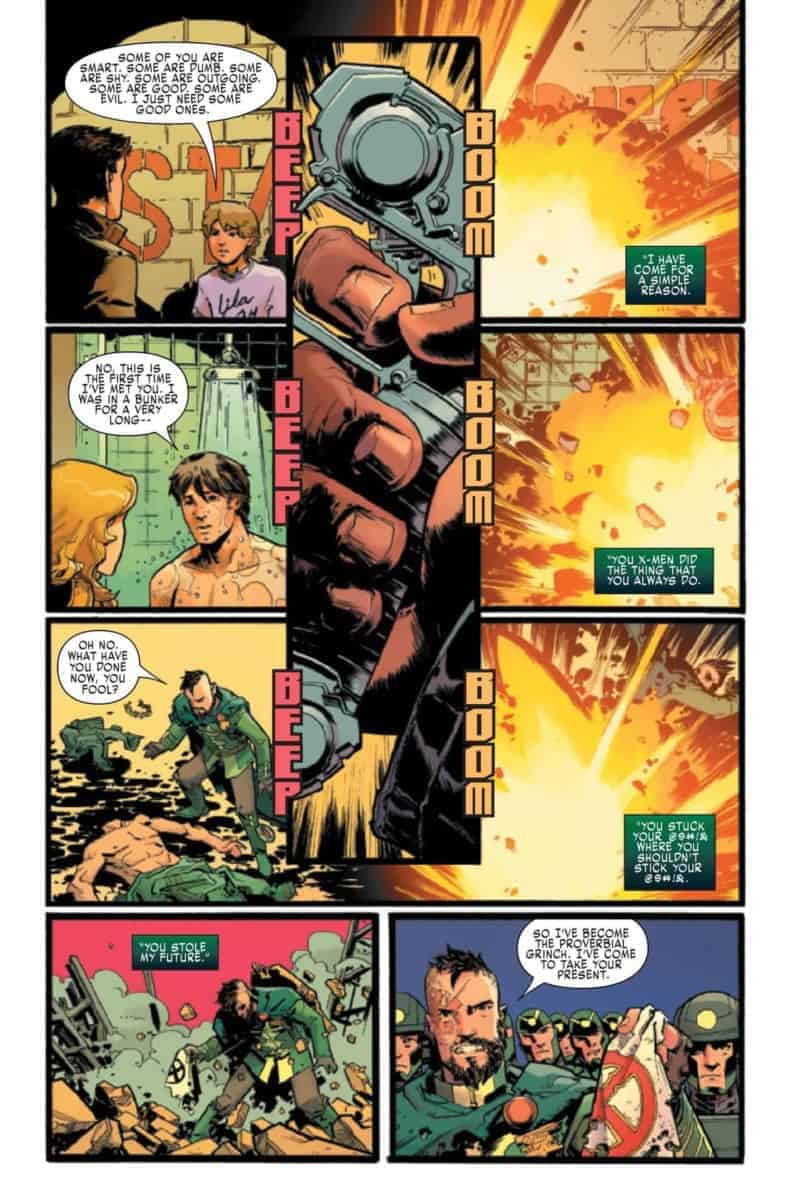 Guess Who’s Back, Back Again

As the X-Men survey the body count, another dupe of Jamie’s suddenly appears. The dupe claims that he came from the future where he was sent to find Tony Stark and have him assist in the world-saving efforts the entire series has revolved around. Jamie’s dupe also claims that he gave up on his unsuccessful journey and became a bartender.

Now, the X-Men are wary of the dupe’s story. However, they allow him to continue on his way into the present, believing him to be a relatively harmless dupe. However, what they fail to see is that this dupe has acquired a certain serum that will render him a prime, leaving the state of his future adventures up to our imagination.

MULTIPLE MAN #5 certainly shares the same drawbacks its predecessors have had. It maintains a muddled story that is undoubtedly chaotic. However, this issue finally owns that. It finds a focus point in its wild narrative and holds onto it as it continues to pack in some good humor.

As a result, we get a cohesive and entertaining portrayal of the issue’s primary characters in addition to a, relatively, tidy conclusion. 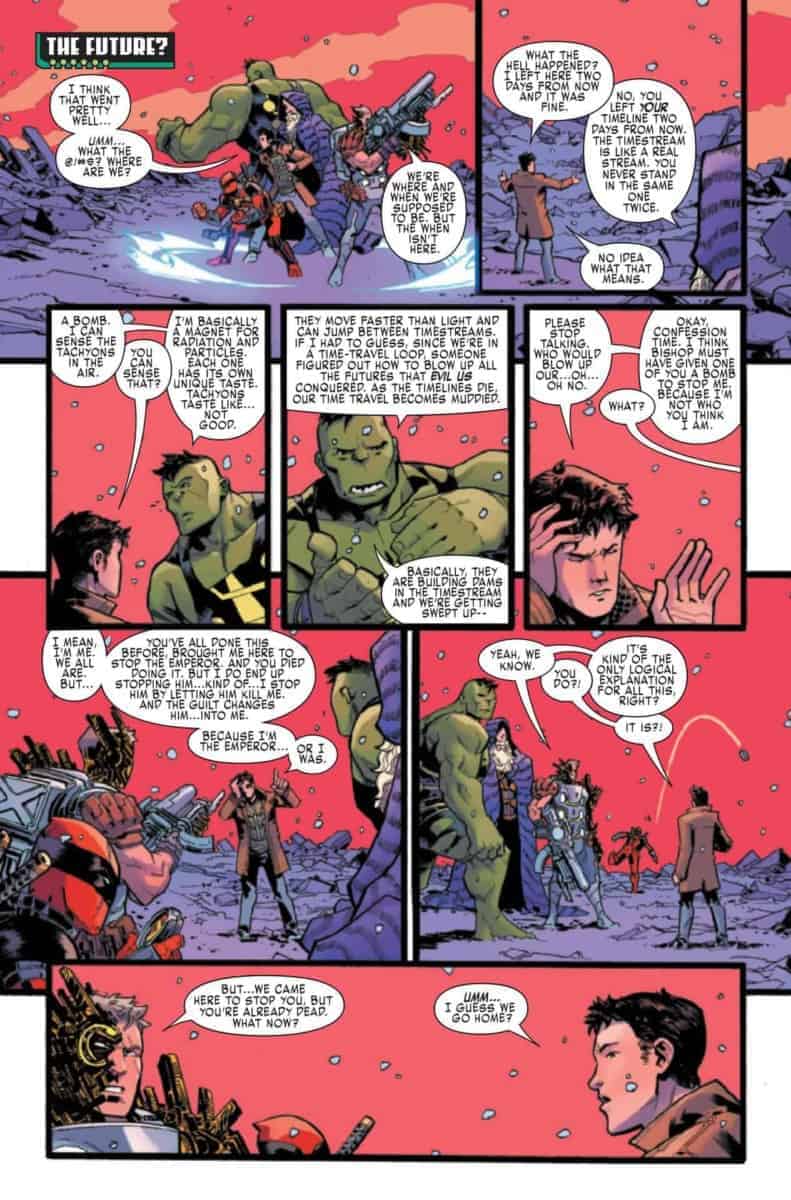 The Many Hues of MULTIPLE MAN #5

The artwork has not been a strong suit of this series. This issue is no different as its larger scale sequences appear cluttered and struggle to remain consistent in its illustrations. Additionally, the coloring often appears one-note. There is not much variation in the dominant emerald hues implemented throughout the issue.

With that being said, Marcos Martin’s covers have been fantastic from issue one. I enjoy the cover of MULTIPLE MAN #5 in particular because it subtly breaks the fourth wall. It appears as though Jamie is waving goodbye to us as a multitude of dupes breaks away from his prime body.

Martin’s covers have consistently coincided with the events of the work itself, which I have particularly appreciated. Ultimately, I appreciate how his covers have maintained so much simplicity as well as an abundance of creativity at the same time.

It is hard to find the words to describe MULTIPLE MAN #5 simply because it is such an unpredictable and wild work. Many will enjoy it; many will not. Some may find it to be an epic work; others will believe it to be an overly-complex series of events.

Either way, you cannot deny that this issue, and this series, has been an entrancing ride. Full of energy and non-stop motion, MULTIPLE MAN is a series one will surely not forget about after reading.