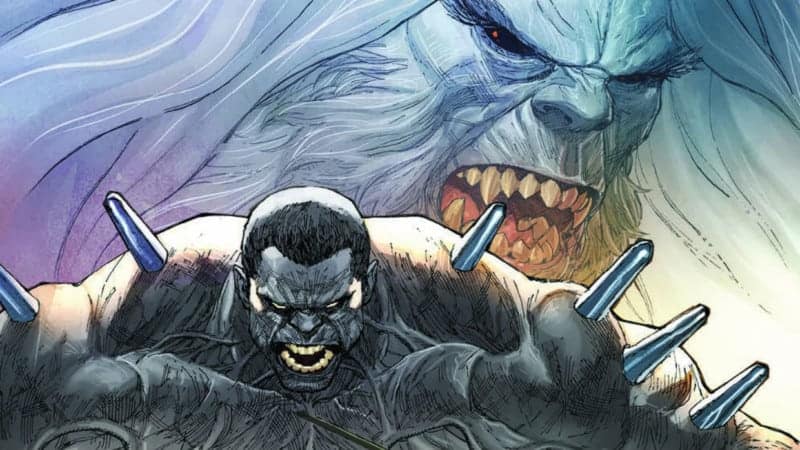 With the holidays just around the corner, everyone is starting to wind down for the year. Not so for Marvel comics as they prepare for great action, suspense, and drama in 2018. Let’s take a look at the latest Marvel news for some of what we can expect early next year!

Poor Steve Rogers’ luck is almost as bad as Peter Parker’s. Struggling to regain his place in America after SECRET EMPIRE, Cap finds himself trapped in ice (again) in CAPTAIN AMERICA #698! Waking up in a new world, Steve must assemble a new group of Howling Commandos to help him overcome the odds.

“Once more, Cap is a man out of time—but the new era he finds himself in is fraught with perils, personal hardships, and challenges unlike anything the shield-slinger has ever experienced before. The lead-up to our big blow-out #700 issue starts here!” – SVP and Executive Editor Tom Brevoort

What happens when you combine “the strongest one there is” with “the best there is at what he does?” Adamantium-laced, Hulk-powered smashing! Or Weapon H, for those who have crossed his path and survived. Bounding out of the summer crossover event WEAPON X: THE HUNT FOR WEAPON H, this Hulk/Wolverine hybrid brewed in the clinical labs of Weapon X stomps into his own series, courtesy of Greg Pak and Cory Smith.

“Greg Pak wrote one of the biggest and most action packed Hulk stories ever in Planet Hulk…so it only made sense that he brought those same sensibilities to Weapon H. We’re going to pit him against the biggest threats of the Marvel Universe that you can imagine, starting with a new kind of Wendigo! And then Cory Smith is going to multiply that times ten and smash the hell out of it with his incredible art! Whether you read his first appearance in Weapon X: The Hunt for Weapon H or not, you’re going to find that we only scratched the surface of this bombastic new character!” – Series editor Darren Shan

WEAPON H #1 written by Greg Pak with art by Cory Smith and cover by Leinil Yu hits stores in March 2018.

The original Jean Grey is back! Tom Taylor and Mahmud Asrar help re-introduce one of the original X-Men with X-MEN RED #1. In “The Hate Machine Part 1,” Jean Grey returns to a world she no longer recognizes. When an evil threat takes aim at destroying Xavier’s dream, Jean assembles a team with Nightcrawler, Namor, and Laura Kinney (the All-New Wolverine) to fight back. How will Jean react to all the changes around her? Will her leadership falter before it even begins? The only way to find out is to pick up the 40 page X-MEN RED #1!

X-MEN RED #1, written by Tom Taylor, with art by Mahmud Asrar and covers by a host of Marvel superstars, hits stores in February 2018!

Every dog has his day! And Lockjaw is no exception. He spends most of his time with his master and best friend Black Bolt as they defend the Inhuman empire. But when he finds out that his long-lost litter mates are in terrible danger, Lockjaw must save them! That’s right, Lockjaw has brothers and sisters! Are they Inhuman? Do they have special powers like him? All will be revealed in this four-part series from Daniel Kibblesmith and Carlos Villa. You’d be barking mad to miss this adventure!

LOCKJAW #1, written by Daniel Kibblesmith with art by Carlos Villa, will be in all good pet stores… I mean comic stores in February 2018!

Marvel News This Week: Marvel Shows No Sign of Stopping

While these previews from this week’s Marvel news are an exciting look at what we can look forward to for 2018, this is just a taste of what else is to come. Be prepared, Marvelites, for more Marvel news and previews here at ComicsVerse!