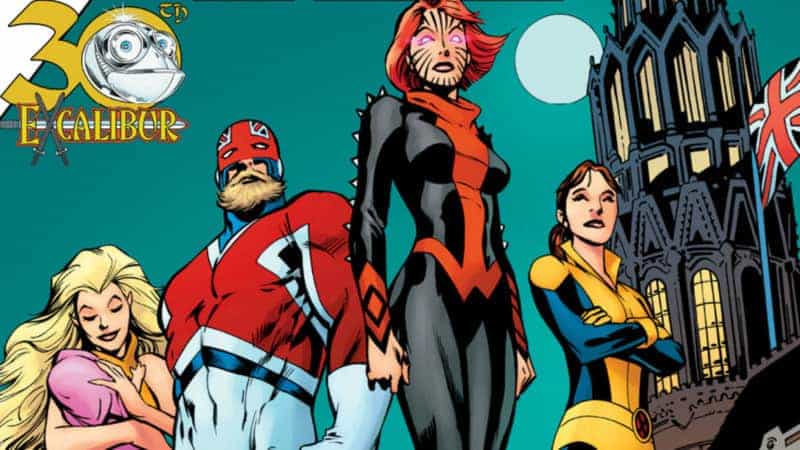 After 20 years in the dark, Marvel is bringing back the Excalibur team in X-MEN GOLD ANNUAL #1. This news comes just in time to commemorate the 30th year anniversary of Excalibur’s creation.

“Since the launch of ResurrXtion, fans have been wondering when the classic Excalibur team would come together again. With this Annual, Marc, Leah, and Alitha have painstakingly put together a love letter to them and the classic series we’re all still talking about!”

The legendary artist Alan Davis is creating the cover for this special issue, which is perfect since he is also a co-creator of Excalibur. X-MEN GOLD ANNUAL #1 has a powerful team working behind it, so I’m sure we’re going to see some great moments between Excalibur and the X-Men. This is definitely looking like one of the most anticipated annuals from Marvel this year.

THE GIFTED After Show Episode 1: The Gift Gets Real

So far, we know the team will be fighting once again with Captain Britain leading the charge. This will include original Excalibur members and current members of the Gold team Nightcrawler, Shadowcat, and Prestige. In the cover, we also see that Captain Britain and Meggan have had a child. Will the child have something to do with the team’s resurgence? Or will their baby simply be along for the ride?

There’s so much to anticipate from the teams return with so many great minds at work on this issue. This is definitely going to be a Marvel comic to look out for.

X-MEN GOLD ANNUAL #1 is set to hit shelves in January!