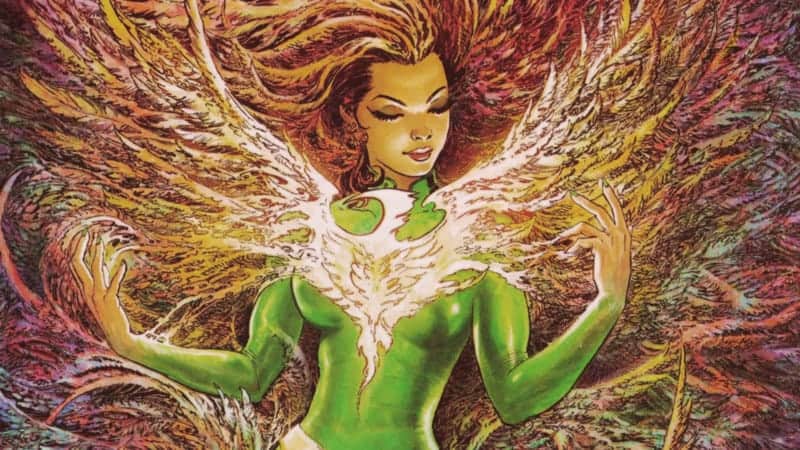 Nothing lasts forever. We all know that’s true. Change is inevitable. From moving towns to falling in (or out of) love to losing someone close to you, life loves to throw wrenches into that little word, “forever.” To combat this unbeatable sense of mutability, we create things that will (we tell ourselves) last forever: novels, films, paintings, and yes, even comic books. One of the great things about comics that few other forms of media can boast is their ability to remain constant. Of course, things do change for the characters. They hang up the cowl or their side-kick dies — only to be alive and breathing a few issues later. If the Avengers or the Justice League disperse, readers know it won’t be for long. Things do change but only temporarily. This is where Jean comes into the picture. 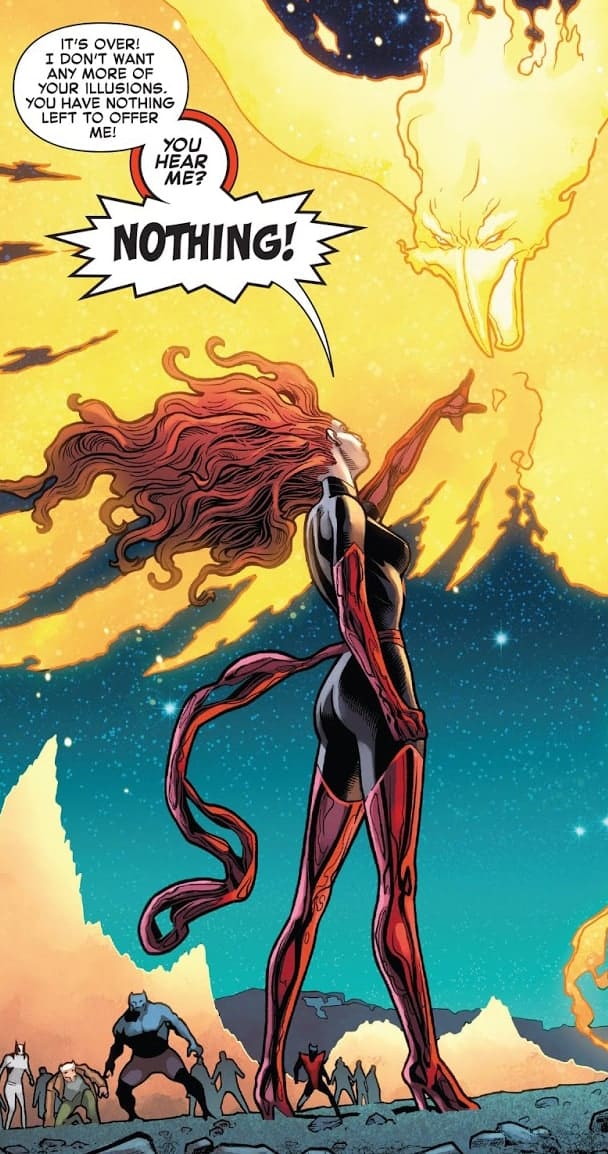 Knowing all of that, it sounds a little strange for me to say that Jean Grey, veteran X-Men member and longtime Phoenix host, taught me how to move on. When I say “move on” I’m not talking about a relationship (god knows Jean couldn’t teach anyone about that…). I mean “move on” more generally, from one part of your life to the next. Jean is a controversial character for sure, but she has an indisputable knack for pushing forward. She doesn’t let the “end” of something tie her down. Through life and death, Jean refuses to stop.

In less than a week, I’ll be graduating from college. In less than a few months, I’ll be moving to a new city for a new job. As anyone would be, I’m excited. The change offers unparalleled newness. But…I’m also terrified. It feels like I’m about to take the biggest step I’ve ever taken. Going from high school to college was scary enough. Moving from college to the “adult world” has me teetering on the edge between full-on paranoia and a quarter-life crisis.

So, what do I do in these challenging times when I really should be apartment searching and preparing for my new job? I read comics — lots of them. I wasn’t expecting these immortal characters to have much to say about changing times but one of my favorite characters, Jean Grey, surprised me.

UNCANNY X-MEN #101 is the first appearance of the Phoenix. Jean Grey nearly sacrifices herself in space to save her team, but the Phoenix rescues her at the last moment, forging an intense bond between the two. Later on, that version of events changes a little, but, for right now, we’ll stick to Claremont’s original vision. 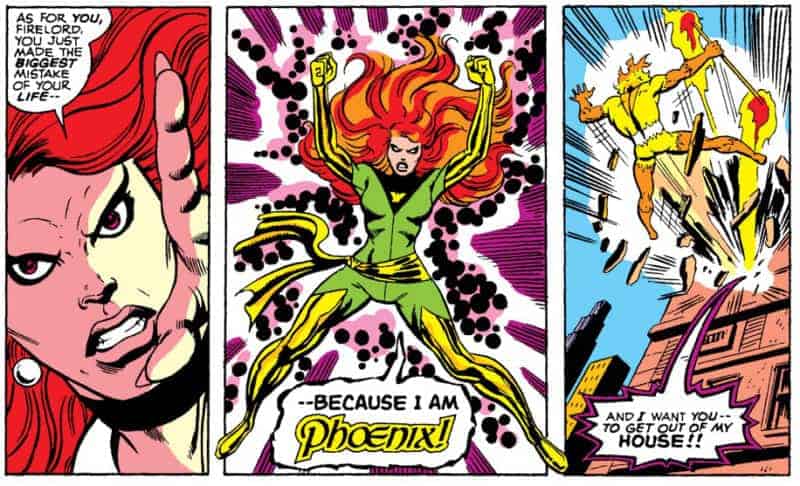 A few issues after Jean Grey wakes up she realizes that she isn’t the same person she was before. Her enhanced powers are both exciting and terrifying. A part of her is scared, but another part of her understands that those new powers may help her save her team (again). Without another thought, she dives headfirst into her new life.

I know what you’re probably thinking. By not investigating the Phoenix more carefully, Jean doomed herself to become the Dark Phoenix. If she hadn’t been so quick to accept things, she could’ve kept herself (and her friends) out of harm’s way.

The thing is, that line of thinking assumes that Jean could’ve done something about the Phoenix force, which, at that time, she couldn’t have. Bad things happen to people who don’t deserve it. That’s a part of life. We can’t predict when those things will happen. Refusing to accept and embrace change because you’re scared about an outcome you can’t control does more harm than good. 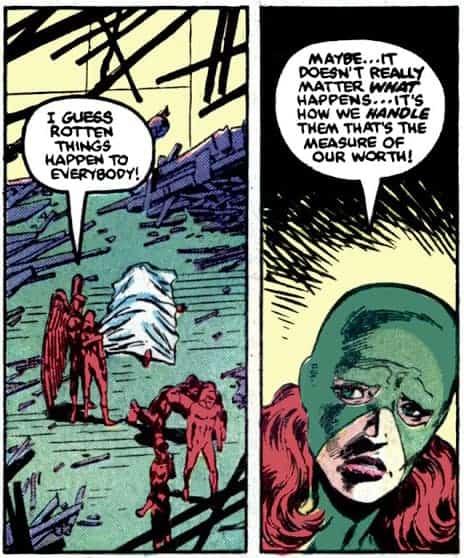 Rotten Things Happen to Everybody

As most of you probably know, Jean becomes the Dark Phoenix in the famous Dark Phoenix Saga and ends up destroying an entire planet before sacrificing herself on the moon. She remains dead for a little while before writer Kurt Busiek retconned her storyline. He made it so it wasn’t actually Jean who went crazy and killed billions of people but an incarnation of the pure Phoenix force.

A lot of writers (and fans) sort of just ignored this retcon. After all, Jean still had the Phoenix’s memories so she remembered what “she” had done as Dark Phoenix. She still felt immense guilt for what she put her teammates (and the entire universe) through. Numerous times throughout the ’80s and ‘90s, Jean openly shows her shame and guilt over what happened — even though she had no control over it.

Considering what happened, that’s pretty understandable. Still, she refuses to keep that sense of guilt from consuming her. Instead, she gets up, puts on a new costume, and keeps trying to save the world.

As much as it can hurt to realize it, the past is in the past (unless, of course, you have some nifty Pym Particles). Jean could’ve never moved on from the Dark Phoenix. She could’ve become obsessed with her past mistakes like much of the current human population. But if she did that, she wouldn’t be the Jean Grey we all know and love. She realized that she’d be a much bigger help to mutant kind if she learned to forgive herself and move on so she did.

I Need to Be Allowed to Live

Skip forward a few deaths and you get to the 2017 miniseries PHOENIX RESURRECTION. After being dead for over a decade, Jean Grey returns thanks to (you guessed it) the Phoenix. The miniseries had some major problems, but one thing writer Matt Rosenberg did right was remove the bond between Jean and the Phoenix. For the first time ever, Jean formally said goodbye to the Phoenix. 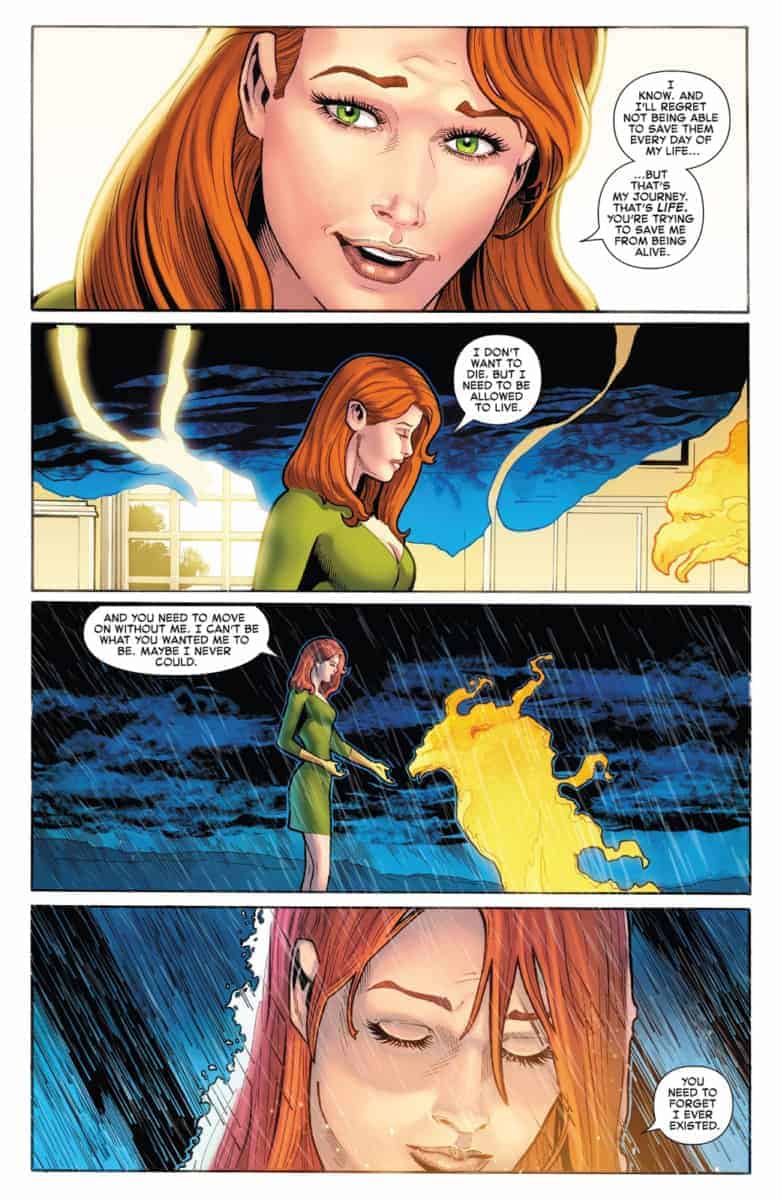 I’m not sure all readers understood the weight of this decision. Things come and go in comics, but Jean Grey and the Phoenix were almost always connected in some fashion, whether it was through Rachel or Hope or even her own husband, Scott. In PHOENIX RESURRECTION #5, Jean commands the Phoenix to leave her, even though she knows that by severing their bond, she’s welcoming new challenges that the Phoenix could’ve solved for her. She does this because she knows it’s beyond time to move on with her life. The Phoenix was, in her own words, keeping her from living. As scary as it probably was for her to give up a constant companion, she did it.

Chances are, you’re not a Phoenix host who must decide between life as a human or life as a cosmic entity. Jean lives in comics and all of us live in the real world. Obviously, there are a lot of differences, but if you really start to examine your favorite characters and arcs, you might start to see some surprising similarities. 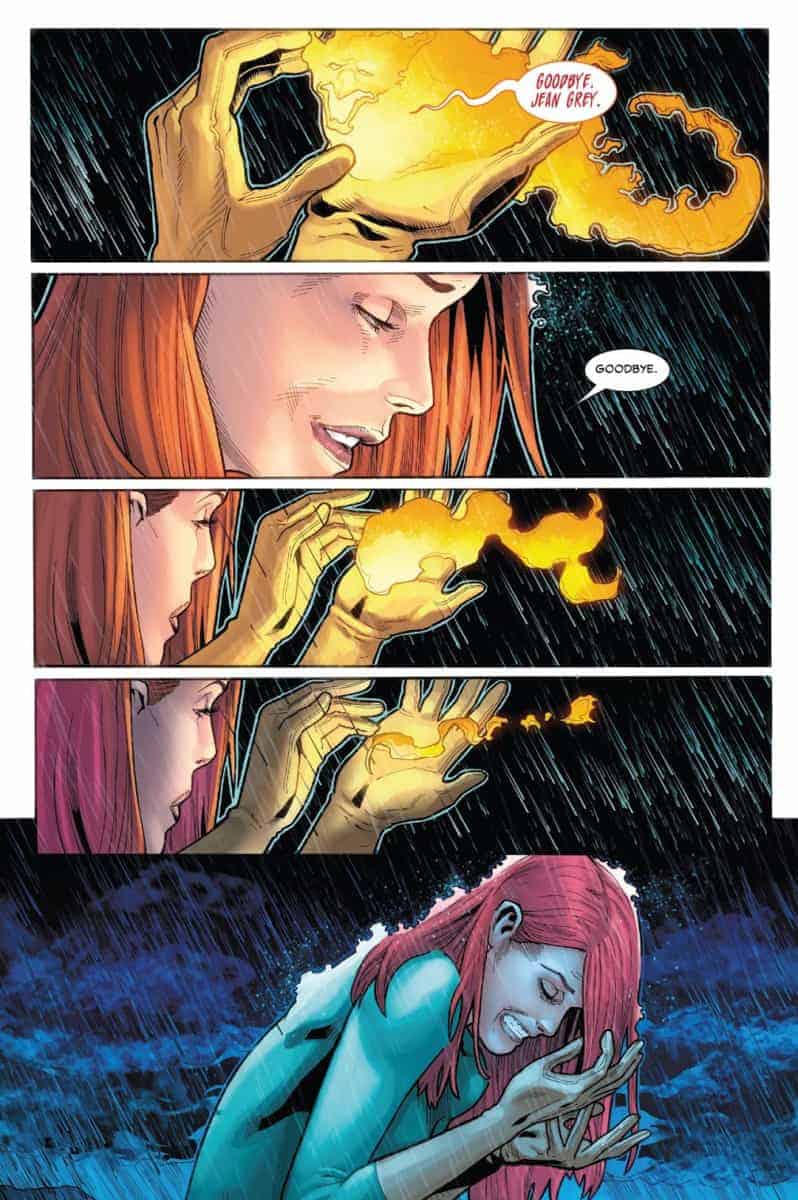 Jean Grey has taught me that, as you move through the stages of life, there is only so much you yourself can control. You can care for the people around you, but they might not always be there. You can work hard at something, but it might not pay off. But just because you can’t control every factor in life doesn’t mean you shouldn’t live.

I’m scared of the future. I’m scared of failure and of missing my old life and of losing things I want to hold on to. In a lot of ways, I don’t want to move forward because of that fear. But what if Jean Grey hadn’t moved on? There wouldn’t have been an X-MEN RED. If she was still hung up on being Dark Phoenix, NEW X-MEN would’ve never happened.

Some of Jean’s best moments wouldn’t have taken place if she let fear dictate her. I can’t say I’ll always enthusiastically embrace every unexpected (and expected) change that life tosses at me but I can say that, from now on, I’ll try a lot harder.

If it worked for Jean Grey, I’m willing to give it a shot.