While DARK PHOENIX was the end to the FOX X-Men franchise, NEW MUTANTS and DEADPOOL 3 will officially be the last mutant movies associated with FOX. We all know that Deadpool will be incorporated into the MCU, but his franchise won’t. In Deadpool’s established universe, the world is well aware of mutants and the X-Men. The MCU still has some ground work to cover as far as mutants go. With that being said, DEADPOOL 3 will be the final movie of the DEADPOOL franchise until he goes over to the MCU.

While his movies have stayed a healthy distance from the rest of the X-Men, what if, just this once, they didn’t. What if they walked hand in hand into the oblivion that is the FOX X-Men franchise. And maybe, just maybe, NEW MUTANTS could be the movie that ties everything together. Then, in DEADPOOL 3, we could get the conclusion to the FOX X-Men universe that we deserve. The conclusion we didn’t get with DARK PHOENIX. Let’s take a look at how NEW MUTANTS could bring something Sinister into DEADPOOL 3! 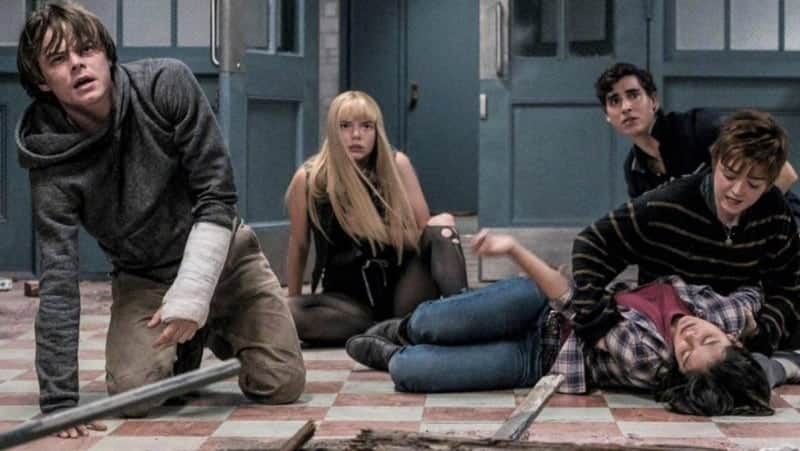 Looking upon something Sinister. Courtesy of Marvel Entertainment

I think at this point we all know where I’m going with this. Mr. Sinister has been teased to appear in an X-Men movie for a few years now. First, we had the post-credit scene from X-MEN: APOCALYPSE which featured Essex Corp. Then, we had the Essex House make an appearance in DEADPOOL 2. Don’t you think it’s time we see the payoff? I sure as heck do!

In NEW MUTANTS, the movie itself could play out exactly as it has been advertised. A superhero horror film with the New Mutants against the Demon Bear while they’re locked up in a mental hospital. What if that mental hospital was some kind of Essex House like what we saw in DEADPOOL 2? Throughout the film, as the New Mutants are battling and finally conquer the Demon Bear, Mr. Sinister could be watching the whole time. Heck, the whole thing could be orchestrated by him as a way to gauge their power levels. After they defeat the Demon Bear, Mr. Sinister could show up to take them all back to his lab. Upon seeing their power levels, he would want to harvest their DNA to use in his mutant experiments.

A Crossover Event in DEADPOOL 3 That Would Rival ENDGAME! 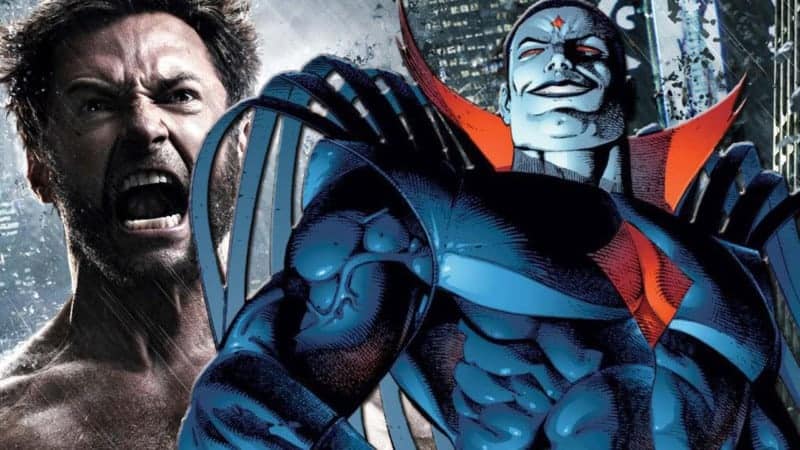 Seriously, it would huge! Courtesy of Marvel Entertainment

With the New Mutants now a part of X-Force, Deadpool, Cable, and the gang get to work tracking Mr. Sinister once again. Once they find his main lair, they realize they weren’t the only mutant team tracking down this super villain. That’s right, boys and girls, I’m talking about the X-Men!

At the end of X-MEN: DAYS OF FUTURE PAST, we see that the original X-Men are back together due to the events of the original movies not taking place. Yes, it is believed that the events of LOGAN take place within that fixed timeline. However, that wouldn’t be until at least six years after the end of DoFP, so there’s still some time to have a little fun. Basically, everyone from the original X-Men movies (including Hugh Jackman (hopefully)) would come back this one last time and reprise their roles to take down Mr. Sinister! And if you think that’s cool, just wait, it gets better!

The Ultimate Showdown in DEADPOOL 3! 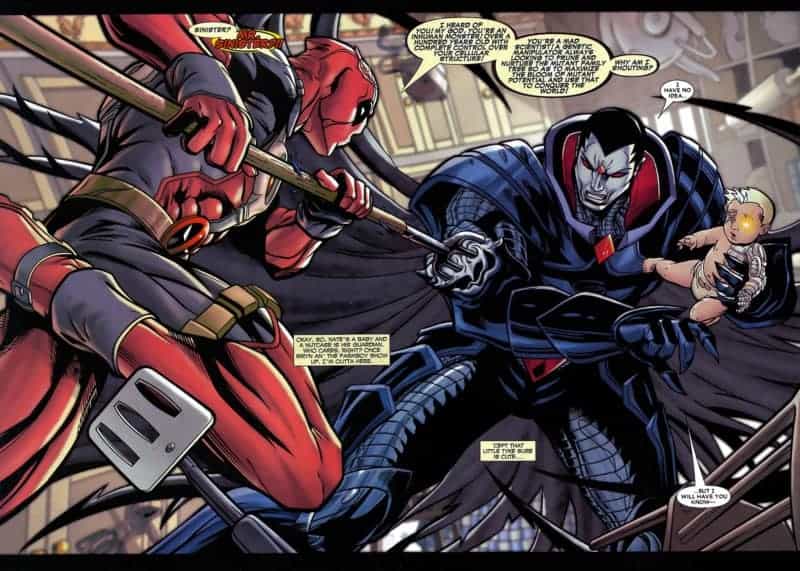 So, the X-Force and the original X-Men get to Sinister’s lair to take him down. What they realize he has been up to is, throughout the whole X-MEN franchise, he has been collecting DNA from every single mutant you could ever think of. That’s right. Every. Single. One. What could he have been doing with their DNA? You guessed it… clones!

When our heroes arrive to fight Mr. Sinister, they see that he has a clone of every mutant any X-Fan could ever think of. Tons of mutant cameos, who we didn’t get to see in the movies, in action against the X-Men and X-Force! Yeah, they wouldn’t be their original selves, so hardcore Avalanche fans might be disappointed. But hey, beggars can’t be choosers.

In the end, this movie would be a slew of awesomeness the likes of which we’ve only seen in AVENGERS: ENDGAME. We’d get the Mr. Sinister payoff from previous movies, as well as an awesomely satisfying conclusion to the FOX X-Men universe.

Why This Would Make Sense 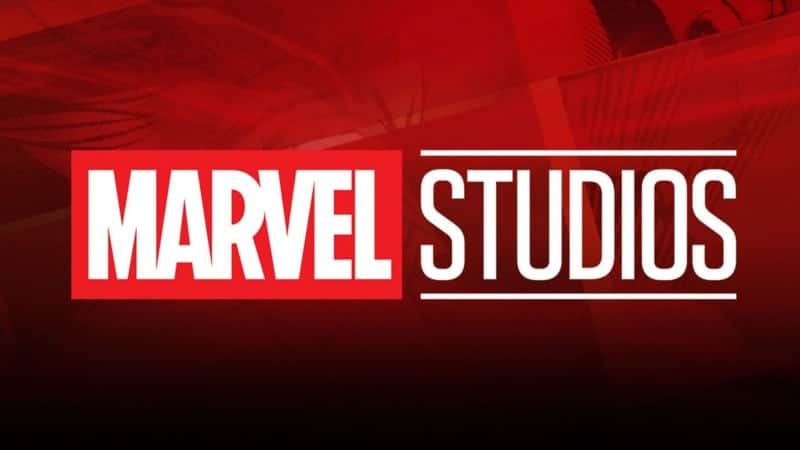 Everybody wins! Courtesy of Marvel Entertainment

Alright, so this whole article I’ve been thinking like a fan who wants to see a certain movie be made. However, let’s take a look at why a company like Disney would go this direction with the two FOX Marvel movies they are obligated to make. Just to reiterate, Disney is making these movies anyway! Instead of pulling two more DARK PHOENIX-es on us, why wouldn’t they use this as an opportunity to tie up loose ends? A payoff for the Sinister teases would be amazing for fans. And the culmination of those teases into a crossover film would be right up Disney’s alley.

Plus, if they decided to bring in the original X-Men into DEADPOOL 3, Disney would show its fans that they know what they’re doing with the X-Men. When Disney finally brings the X-Men into the MCU, there will be no question as to their quality after seeing how awesome Disney made them in DEADPOOL 3. Also, with the X-Men being as popular as they are in the comics right now, Disney won’t have to wait to capitalize on X-Men content in the films.

It would be one thing if I was on here calling for a brand new franchise, but Disney is making these movies anyway! If this article were to come true, I believe that everyone would be a winner, fans and business people alike. 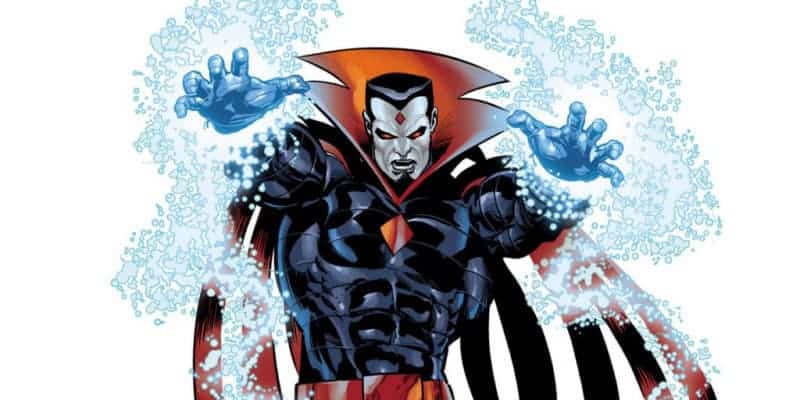 There is hope. Courtesy of Marvel Comics

In the end, I think introducing Mr. Sinister in NEW MUTANTS would be awesome. And then, to make DEADPOOL 3 a crossover movie with the original X-Men to bring it all to a close would be almost too perfect! And don’t worry Deadpool fans, this would still be his movie, and I think we know Wade well enough to know he wouldn’t let us forget it! Plus, Deadpool is going to show up again in the MCU. Something no one else in DEADPOOL 3 could say (*cough* ongoing gag *cough*).

When it’s all said and done, and with all of the superhero movies happening right now, I think the best thing for fans to do is stay creative and stay open minded. While I think the ideas in this article would make for a great couple of movies, I’m not holding my breath. Would it be awesome to see? Unbelievably so! But what is more awesome are the endless possibilities for the future of our beloved characters. I can’t wait to see what they’ll do next!