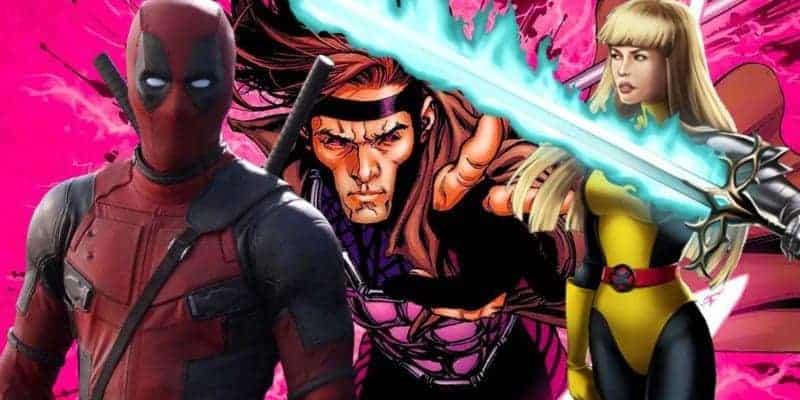 Despite the merger business with Disney, Fox seems to be experiencing its own changes. The past week brings news of three alterations regarding Fox/Marvel release dates, two of which (NEW MUTANTS and GAMBIT) are now further away from completion. It’s still unclear whether Disney will officially incorporate Fox films into the current MCU.

So, does this pushback of release dates suggest that only certain movies are worthy of the Marvel Cinematic Universe?

Ryan Reynolds’ DEADPOOL is a comic book fan-favorite. If the MCU adopts any Fox movies, it will be DEADPOOL and DEADPOOL 2. Why else is the release date for DEADPOOL 2 now sooner, while other Fox films release dates are now later? Granted, DEADPOOL 2 is only set to hit theaters on May 18th in comparison to its original date of June 1st. Even though two weeks isn’t very much of a change, it could indicate a form of “playing favorites.”

Reynolds even (sort of) jokes about a future in the MCU. In the end credits scene of DEADPOOL, he tries to rid the theater of loyal moviegoers.

“Oh, you’re expecting a teaser for DEADPOOL 2. Well, we don’t have that kind of money. You expect Sam Jackson to show up? Eye patch? Saucy little leather number? Go!”

Deadpool’s confidence to make such a reference is just sheer proof that he belongs with the MCU, amongst other sarcastic jokesters like Tony Stark and Loki. Disney is aware of Deadpool’s popularity, and it’s entirely possible that this is the reasoning behind Fox pushing DEADPOOL 2 to the forefront of 2018 – thus kicking NEW MUTANTS out of the spotlight.

Having a release date change by two weeks is one thing, but changing it by ten months is almost unheard of. Especially since the official trailer for NEW MUTANTS is over three months old. The trailer even airs in theaters during the previews portion of other Marvel movies. And since it’s one of the films experiencing a pushback of release dates, could that mean that NEW MUTANTS isn’t cut out for the MCU?

Look at it this way: the genre of NEW MUTANTS doesn’t belong with thriller comedies like ANT-MAN or SPIDER-MAN: HOMECOMING. Rumor has it that the reason NEW MUTANTS is set for February 2019 instead of April 2018 is due to unhappy test audiences. However, now that NEW MUTANTS comes out in 2019, it will be the first film to air once the Fox/Disney merger is official.

This could mean that NEW MUTANTS has an opportunity to blend with the MCU. But if the movie isn’t testing well, that’s a different can of worms. Combine the poor reviews with the genre mismatch of NEW MUTANTS with the MCU, and I’d still say it’s not very plausible the MCU includes the film in their franchise.

A Closer Look at the Members of NEW MUTANTS

Amidst the pushback of release dates, DARK PHOENIX is still set for its original air date in November. And actually, it’s the only other Fox/Marvel movie besides DEADPOOL 2 to rear its head into 2018. Let’s not forget Jean Grey plays a large role in APOCALYPSE.

It’s probably a smart move for Fox to keep DARK PHOENIX set for November so that they can finish the year strong. Actress Sophie Turner is now a part of the familiar (and admired) cast, which includes James McAvoy, Jennifer Lawrence, and Michael Fassbender. The lineup definitely has high enough star power and popularity for the MCU to consider including them. So, will it happen?

Since the pushback of release dates doesn’t affect DARK PHOENIX, it’s still very much up in the air as to whether or not the current X-MEN franchise will collide with the Avengers. If they do, it’d most likely have to be with this younger generation. At this point in time, it’s the most recognizable to audiences.

I’m not sure how they’d make such a thing work since the X-MEN timeline is so funky. But according to Sebastian Stan, Hugh Jackman is having second thoughts about leaving his role as Wolverine. Depending on how well DARK PHOENIX does, Sophie Turner probably has a 50/50 shot at the MCU.

Why Jean Grey in X-MEN DARK PHOENIX Will Be Different

Fox has other projects on their agenda. But unfortunately, they don’t see much progress. For starters, GAMBIT is a part of the pushback of release dates. It’s now going to release in June 2019 (instead of February 2019). Not to mention, GAMBIT keeps losing directors. It turns out the most recent left the project last week.

The way GAMIT is going, we might as well wait for 2019, so Disney can get their sh*t together and actually follow through with the film in ways that Fox is failing to do. I think since Channing Tatum is already cast, he has a very good shot at joining the MCU… providing that the movie does, indeed, find a director.

The future of MULTIPLE MAN is unknown at this point. Similar to GAMBIT, the film already has a famous name cast in the lead role: James Franco. That being said, Fox has yet to give a release date for MULTIPLE MAN. Their focus might be elsewhere. Specifically, on a solo Kitty Pryde movie.

To add to the film’s dim future, the fact that Franco hints about MULTIPLE MAN being rated R suggests that maybe Disney will cut the cord. If MULTIPLE MAN is under Disney jurisdiction, who knows if Franco would even want to be a part of it? All plans for MULTIPLE MAN are sort of, or at least currently, out the window.

Pushback by Fox: For Better or Worse?

NEW MUTANTS won’t be here for another year. GAMBIT is continuously having directorial issues. MULTIPLE MAN may not even happen, but is the pushback of release dates really that devastating?

Sort of, but I think we can let it slide. 2018 has plenty of other superhero films for us: including BLACK PANTHER, INFINITY WAR, DEADPOOL 2, ANT-MAN AND THE WASP, and hell, even DC’s AQUAMAN. Guys… they’re sort of spoiling us. The Fox/Disney merger is, by and large, the talk of the comic book TV and film community. However, I think we have enough good things in store to say that the pushback of release dates is nothing to lose sleep over.