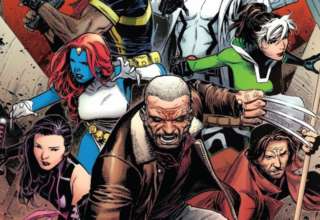 ASTONISHING X-MEN #1 by Charles Soule and Jim Cheung has been one of the most anticipated X-Men books this year. Its unique all-star cast has had fans both excited and curious. However, what many fans — including myself — didn’t know was how these characters would fit on a team. A few of them are already committed to other titles and teams. This raises a simple question: how is Soule going to justify the use of the characters when some are in, say, X-MEN GOLD?

While Marvel has a history of questionable continuity (see Wolverine in the mid-2000s), it isn’t something they can always get away with. Yet, ASTONISHING X-MEN #1 addresses this issue in a subtle manner and creates an intriguing plot line that will have mutant sympathizers itching for the next issue.

An Intense Plot Gets the Ball Rolling

ASTONISHING X-MEN #1 opens up with an unknown narrator giving his or her perspective on the life of a psychic. It’s rather sad as the narrator juxtaposes psychics with those who are blind. A person without sight knows everyone else can see. However, a psychic feels as though everyone else is blind.

The plot then bridges to scenes of weak and isolated psychics being killed by an unknown assailant. Next, we come into contact with Betsy Braddock (aka Psylocke), who is attacked by the same unknown source. Before being completely consumed, Psylocke sends out a psychic distress call to various X-Men in the European area (she’s currently in London), and our team is assembled by this.

We find Logan and Rogue over the North Atlantic returning from a mission. There are Fantomex and Gambit committing a heist in Paris. Angel is in Scotland, while Bishop himself is in London. What’s neat about this team-up is that these characters were clearly not looking for heroic mutant adventures. They’re all in or around Europe, away from the X-Mansion.

The Chemistry is Real With This Team

Rogue, Angel, and Bishop confront Betsy immediately, who is inside a psionic looking moth of sorts. The others — Logan, Gambit, and Fantomex — take care of crowd control. There are various cool combos that really make this feel like an X-Men book. For example, Gambit charges the clips in Fantomex’s gun when the situation appears a bit too dire. Then Rogue comes into play, where her goal is to drain Psylocke. Unsure where to then transmit the energy, she tells Bishop to funnel the energy from herself, and this is done with an overdramatic kiss that lights up the sky.

LISTEN: Here’s our in-depth analysis of INHUMANS VS. X-MEN! Was Emma right?

Charles Soule does an excellent job with this assortment of characters because while they appear random, their powers are utilized efficiently as they battle alongside each other. It shows he’s done his research, and that’s a big plus.

What’s even better about this book? We find out the mysterious narrator in the beginning is The Shadow King. He’s attempting to break out of the astral plane, so everyone besides Angel, Bishop, and Psylocke make their way to it. There’s a huge character reveal at the end that I don’t want to mention for spoiler’s sake, but it’s a doozy. There’s also the odd appearance of Beast in this issue, who doesn’t appear on the cover. Dare I guess it’s actually Mystique? We’ll find out!

Characterization and Art are the Real Highlights

The characterization of these characters is also so very plausible. I felt as though I was reading NEW X-MEN again every time Fantomex spoke. The panic in Psylocke’s voice is so alarming; even I kept thinking, “Hurry up! Why, indeed, are you wasting time, X-Men?” She’s such a strong character, and Soule shows that here as she takes leadership immediately after such a tragic experience.

The artwork from Jim Cheung is quite beautiful. There are various landscapes he has to draw, from London to Paris to Scotland to the X-Jet. He does it all flawlessly. The action scenes make sense, despite the chaos in them all being a bit too random. But while that annoyed me a bit at first, I grew to appreciate it: a psychic is having her mind taken over, of course things are going to be out of whack. The characters are drawn in a manner that reminds me of John Romita Jr., particularly in the facial structure. I’m excited to see what Cheung does with the astral plane in the upcoming issues.

There is a Lot to Swallow in ASTONISHING X-MEN #1

My only real complaint with ASTONISHING X-MEN #1 is, as mentioned, the chaos of it all. It’s a lot to swallow, and I fear incoming fans will have no idea what is going on. While Soule tells a straightforward story, it jumps into things very quickly. This isn’t the worst problem for a book to have, but it’s something to keep in mind if you’re new to X-Men. And the choice to have such an intense action scene in the first book is somewhat questionable, but it shows how the characters will gel, so that’s definitely something to think positively about.

READ: Who’s on your ideal X-Men team? This is who we want on ours!

Overall, if you’re an X-Men fan, read this book. There are so many X-Men titles currently being published that it feels like the early 90s all over again. But fear not, most of them are quality this time around! And, better yet, they’re intriguing. And what I like about ASTONISHING X-MEN #1 is that Charles Soule solves the problem of borrowing characters from other teams: this is all taking place on the astral plane. Time and space are different there, and while this story may last twelve issues, only a day will go by in the time it all takes. As a fan of continuity, I appreciate this. And, as a fan of X-Men who leave the mainstream, I also dig it. It’s classic X-Men storytelling.

To sum it all up: Charles Soule is a solid writer and Jim Cheung an impressive artist. This is a book you won’t want to miss.