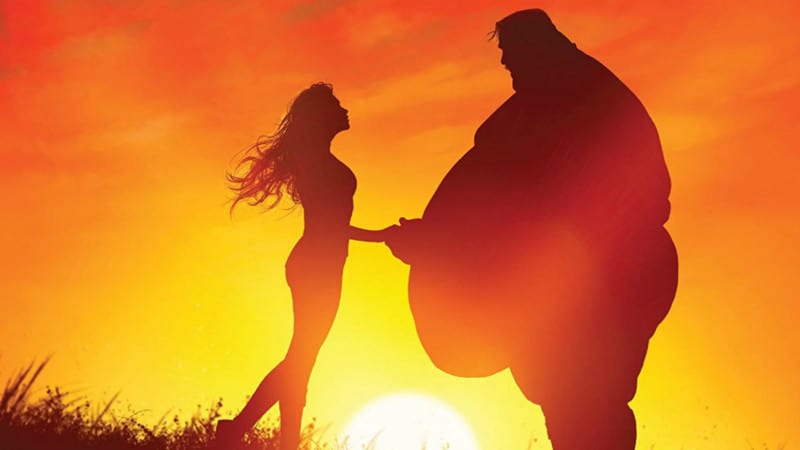 Psylocke and Blob’s controversial relationship continues in this week’s strangely enjoyable AGE OF X-MAN: X-TREMISTS #3. This series doesn’t feature many X-Men heavy-hitters like MARVELOUS X-MEN or UNCANNY X-MEN, but writer Leah Williams approaches each issue with more precision and artistry than most other writers in the business.

If you prefer comics that focus on action and put emotional dialogues in the backseat, AGE OF X-MAN: X-TREMISTS #3 isn’t for you. But, if you like comics that push the bounds of what people expect from caped superheroes, this might just be what you’re looking for. 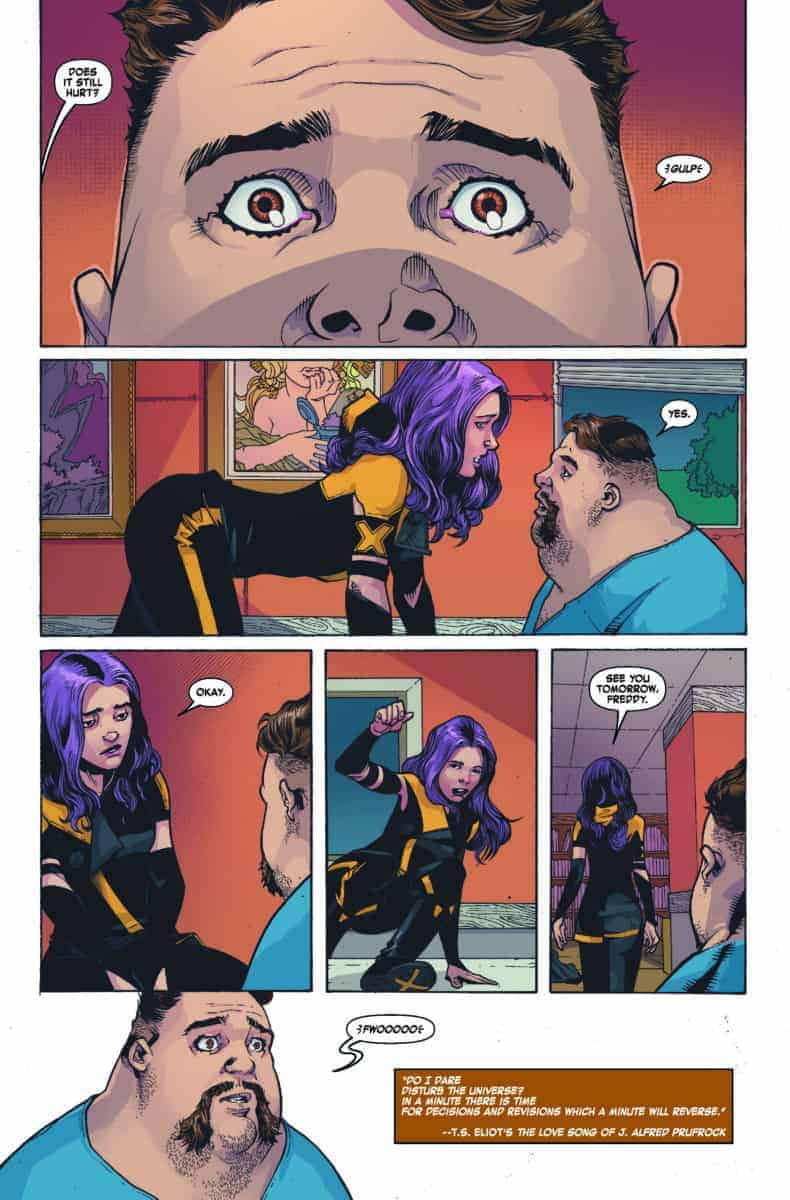 Romance With a Dash of Political Extremism

AGE OF X-MAN: X-TREMISTS #3 picks up immediately after AGE OF X-MAN: X-TREMISTS #2, with Betsy and Fred nervously flirting for the first time. The issue explores their budding relationship while Department X faces internal issues. True extremist Moneta accuses Betsy of faking a mind sweep on a convicted “grade” which leads to a fierce divide between Betsy’s strongest supporter, Fred, and Moneta.

Trapped in their feelings, Fred and Betsy don’t realize that a routine check on an abandoned house is actually a trick set up by Moneta. In an effort to prove that the “resistance” actually exists, Moneta fools Department X into infiltrating a hidden resistance meeting. After the ensuing fight, Fred fires Moneta. 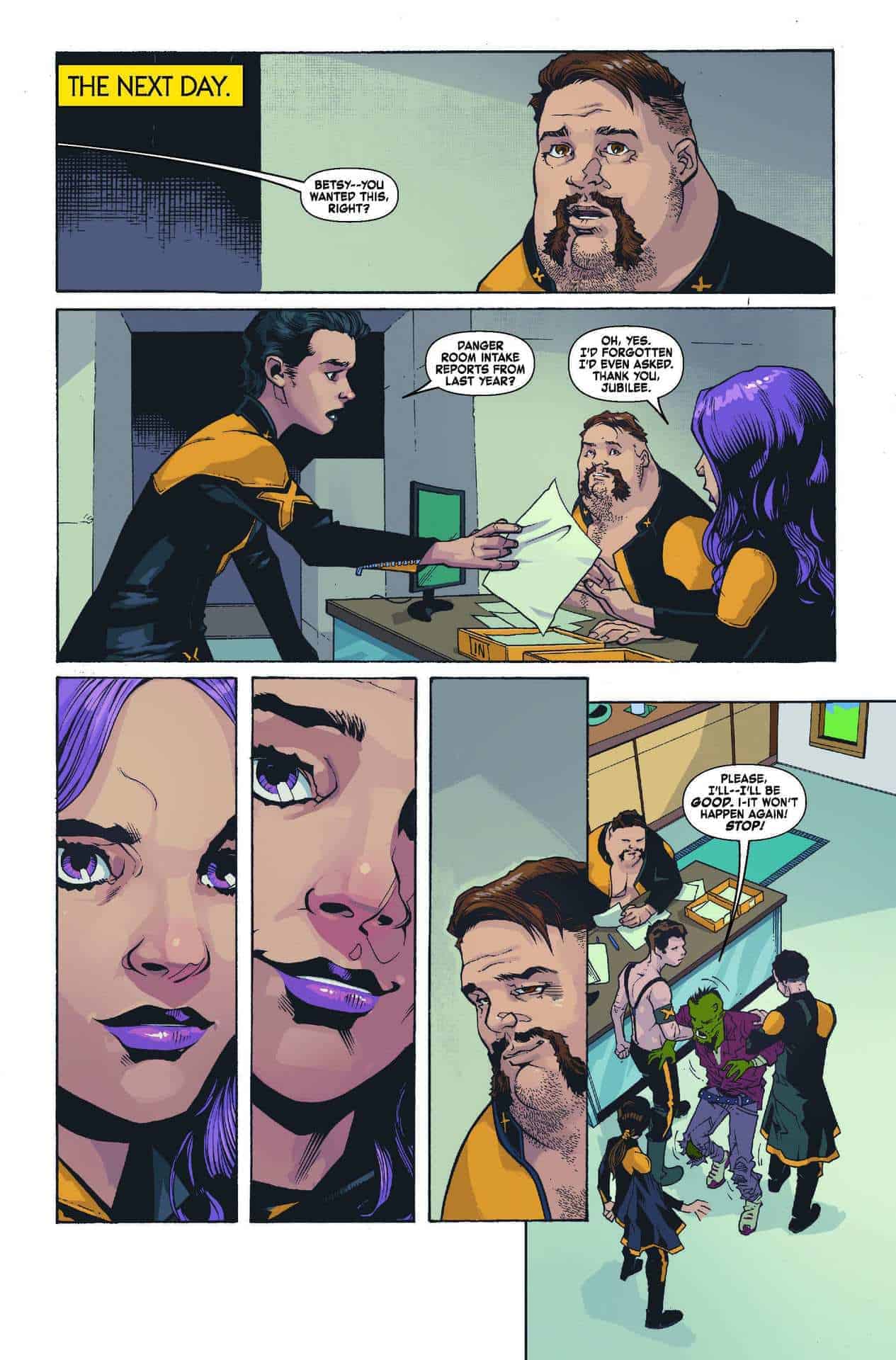 If you’re a dedicated X-Men fan, you know that Betsy Braddock a.k.a. Psylocke isn’t a big talker. She’s more of the “strong and silent” type with only a few glimmers of meaningful dialogue in any given series. When she occupied Kwannon’s body, this seemed especially true.

But now, after MYSTERY IN MADRIPOOR, Besty is back in her original body and she wants to talk about it. Betsy has said little in other series about her abrupt transition back to her British body. With this in mind, her small speech about finding her body ugly (but finding Kwannon’s body beautiful) begins to carry more weight.

Is the speech a little random? Absolutely. But, did it need to happen? Yes. Betsy may be quiet and reserved by nature but even she needed to talk to someone about her transformation. In MYSTERY IN MADRIPOOR, she has only a few panels to talk about herself before the team’s back to focusing on Logan. Having a series like AGE OF X-MAN: X-TREMISTS is so great because, finally, readers get to see Betsy without distractions.

Some readers may find this frustrating, but I found it appropriately realistic. Department X is beyond busy. If you were trying to police a so-called “utopian” state with a pathetically small team you’d be busy too. They don’t have time to consider tiny inaccuracies. Instead, they have to focus on characters like Moneta.

Williams’ decision to escalate Moneta’s extremely conservative views is perfectly timed. Moneta’s hateful words reflect the opinions of much of our country — whether we like it or not. In reality, though, it is more Blob’s fault for not seeing Moneta’s radicalism before it got out of hand. He may seem like a kind and caring leader, but sometimes those traits hurt Blob’s ability to lead. His affinity for kindness may just be Department X’s eventual downfall.

From AGE OF X-MAN: X-TREMISTS #1 to this week’s AGE OF X-MAN: X-TREMISTS #3, artist Georges Jeanty has undeniably improved. I’m not saying his style is perfect for this series. I’m also not saying that every panel is spot on, but compared to where he started, Jeanty is better. Blob’s facial expressions in this issue shine, as do many of the backgrounds (particularly near the end). Some panels with Betsy still look a little strange, which is partly because Jeanty seems to be more comfortable with drawing men. Still, by the end of the series, I’m fairly confident that Jeanty will be able to deliver “A” grade work. 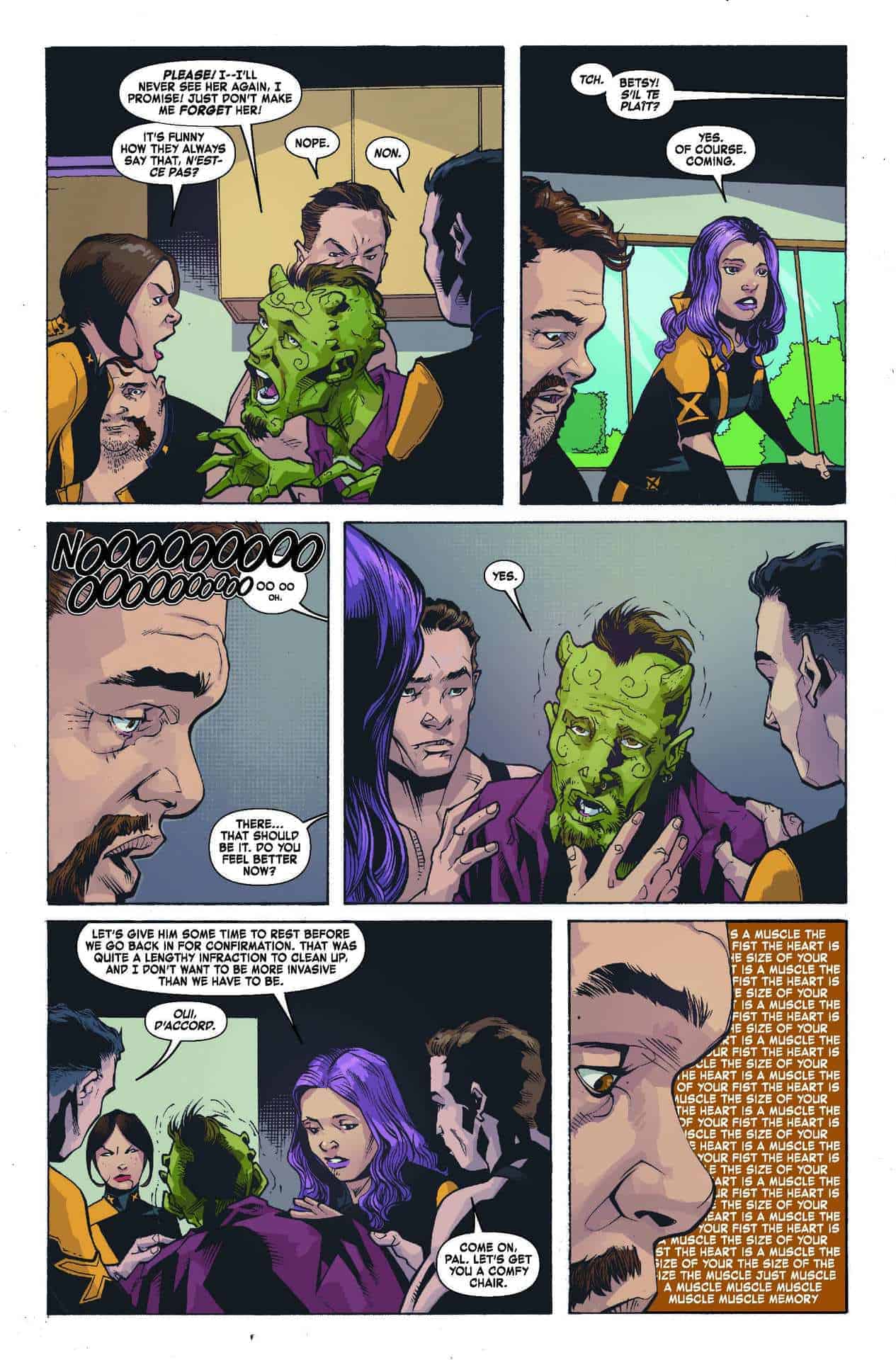 Colorist Jim Charalampidis hasn’t changed as much from the first issue, which is a bit of a disappointment. His palette is more colorful than it probably should be. Although this series takes place in the utopian Age of X-Man, it still deals with fairly serious topics. A slightly darker palette would help get that point across better.

AGE OF X-MAN: X-TREMISTS #3 is Different

All in all, AGE OF X-MAN: X-TREMISTS #3 isn’t the best a comic can be but it does offer something outside of the norm. Williams focuses in on making her readers feel something instead of just throwing in a cliff-hanger to get them to buy the next issue. Although the first issue struggled, AGE OF X-MAN: X-TREMISTS is shaping up to be one of the better Age of X-Man series.