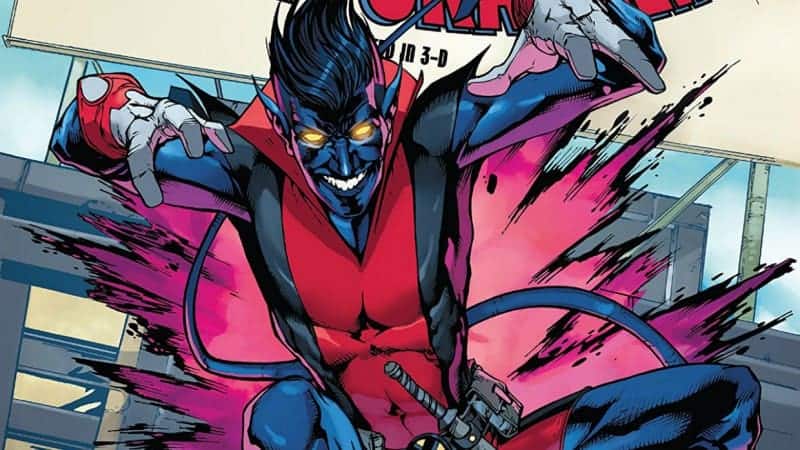 Kurt takes the spotlight in this week’s fantastic AGE OF X-MAN: THE AMAZING NIGHTCRAWLER #1. Nightcrawler is a fan-favorite character who rarely gets the attention he deserves, so seeing him in his own series is exciting. I’m starting to think Marvel might actually be listening to their fans (cue collective gasp).

Writer Sean McGuire, and artists Juan Frigeri, Michelle Delecki, Federico Blee, and Shane Davis create a mutant-based version of Hollywood that’s as incredible as it is creepy. Like our version of Hollywood, it’s far from perfect and our beloved blue elf is just starting to figure that out.

For more, keep reading our AGE OF X-MAN: THE AMAZING NIGHTCRAWLER #1 review! 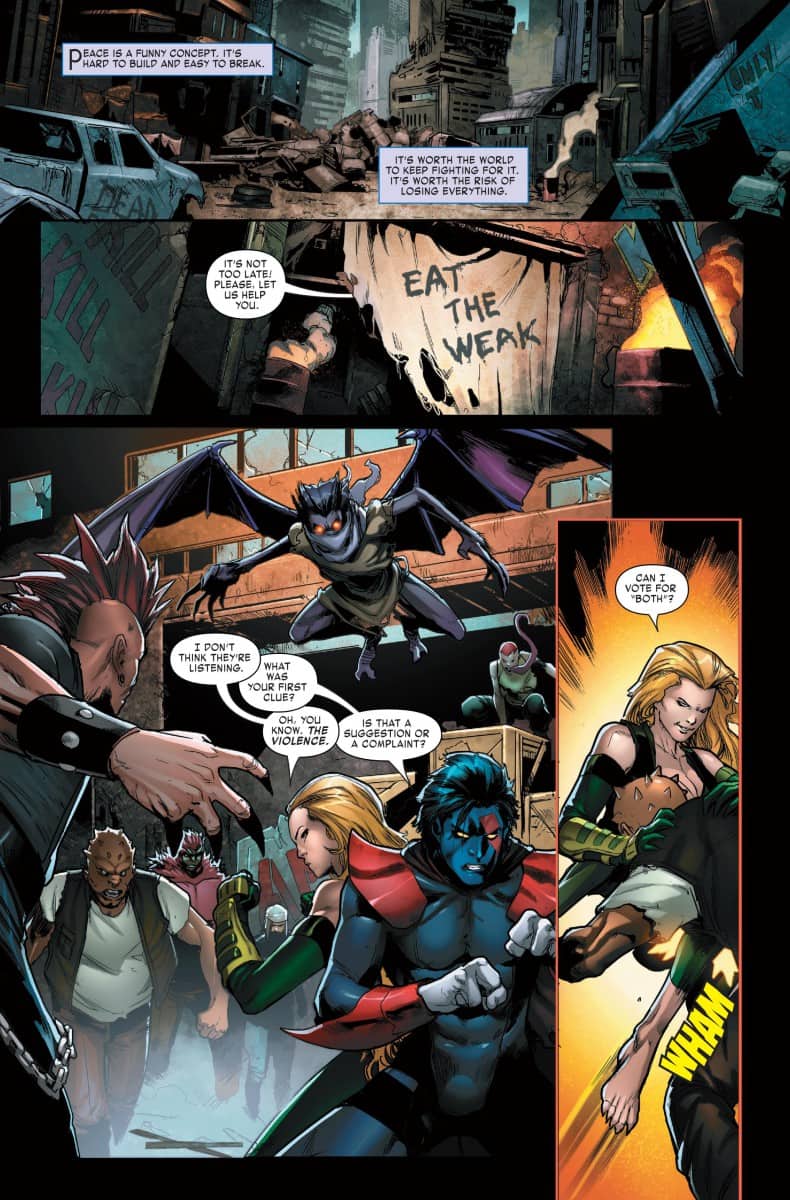 On Earth-616, Kurt was a freak. His blue skin, pointy tail, and general elf-like appearance made him a pariah even among mutants. As a member of the X-Men, his identity was reduced to “the blue one.”

On X-Man’s world, things are very different. Since everyone’s a mutant, things like blue skin and three-fingered hands aren’t that strange. Nightcrawler had more opportunities that allowed him to pursue his interest in theater and eventually cinema. Along with his leading lady, Meggan, Kurt became a film icon.

While that sounds all nice and dandy, things in the Age of X-Man are never truly what they seem. Kurt’s assistants, Irma and Celeste (two of Emma Frost’s “Cuckoos” clones), become victims to cruel fans at a dinner held in Kurt’s honor. Their apparent crime: being related. In the Age of X-Man, having a family is considered taboo.

Ever the gentleman, Kurt defends the sisters and, later in the night, further proves his lack of devotion to the X-Man ideals by having sex with Meggan. 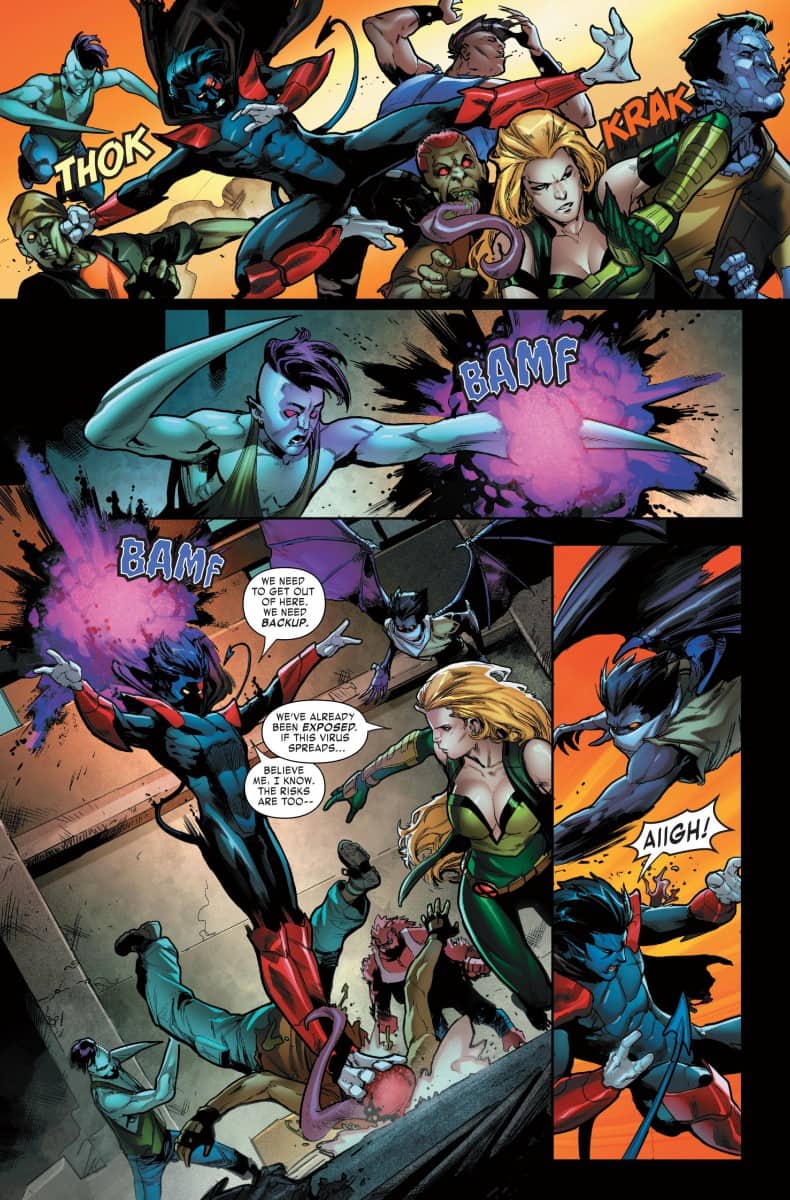 Building the Age of X-Man

With each new miniseries that’s come out this month, we’ve learned more and more about the insane world Nate Grey somehow concocted. NEXTGEN and THE MARVELOUS X-MEN gave us in-depth looks at the more institutional side of X-Man’s reality, but AGE OF X-MAN: THE AMAZING NIGHTCRAWLER #1 gives us something new: pop culture.

By showing that people in this world watch (and really enjoy) movies, McGuire is beginning to move the Age of X-man from the realm of political metaphors to something a little more realistic and well-rounded. We get that these people can’t have families…so what do they do with all their free time? THE AMAZING NIGHTCRAWLER gives us our answer: obsesses over movies. 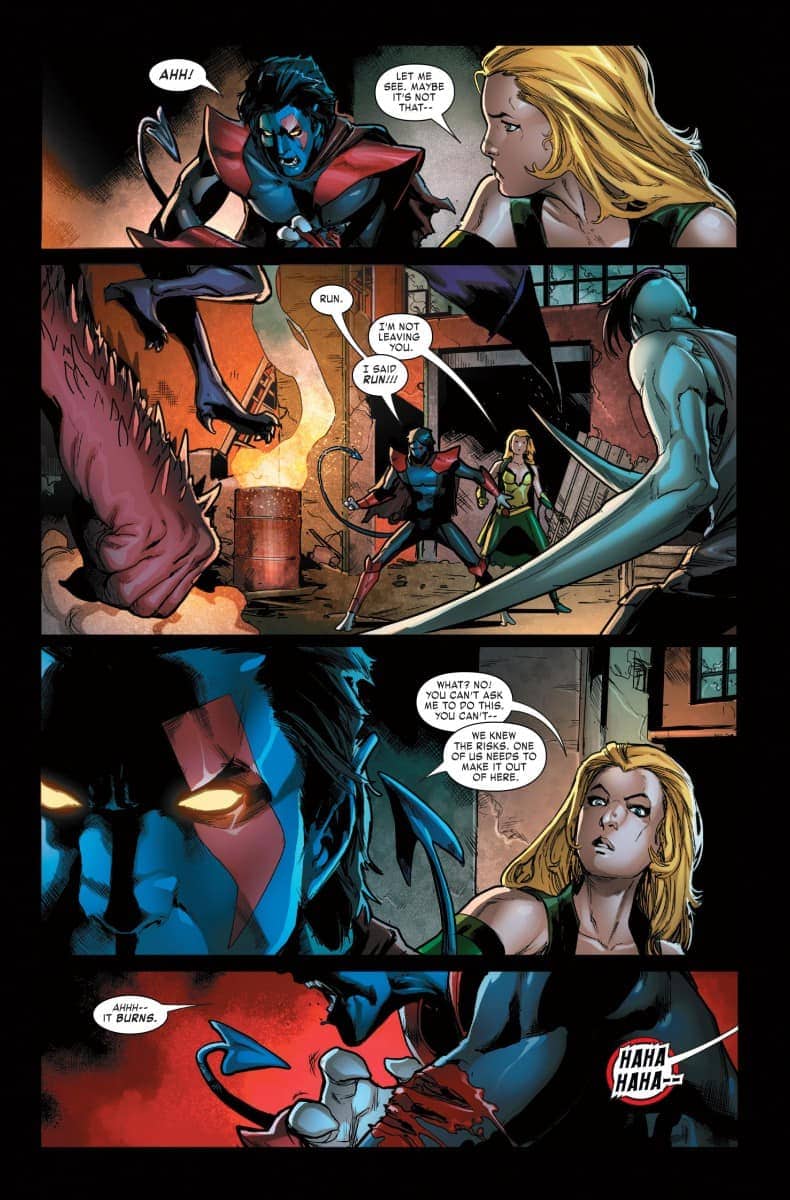 New X-Men Arrive in AGE OF X-MAN: THE AMAZING NIGHTCRAWLER #1

What’s the best thing about reading X-Men comics? The X-Men, of course! Being an X-Men fan means loving a massive group of characters, all with unique powers and personalities. We’ve already seen a lot of X-Men characters pop up in past AGE OF X-MAN installments and AGE OF X-MAN: THE AMAZING NIGHTCRAWLER #1 eagerly adds to that rising number. Magma, Kylun, the Cuckoos, and, of course, Meggan all make fairly large appearances in this issue. Adding these characters into the story doesn’t seem like much, but for some fans, it’s a big deal.

Perhaps McGuire’s best character decision was to add Meggan to the storyline. Back in their EXCALIBUR days, Meggan and Nightcrawler almost had a real relationship. However, their natural attraction and compatibility found a quick end when Captain Britain proposed to Meggan. They couldn’t be together back on Earth-616 because Meggan had other ties, but now, in the Age of X-Man, society is the one keeping them apart. McGuire is doing some really clever and interesting exploring into these character’s histories that I really wasn’t expecting from AGE OF X-MAN: THE AMAZING NIGHTCRAWLER #1.

Glitz and Glam With No Depth

As cheesy as it sounds, this issue truly is amazing. It explores both the larger Age of X-Man world as well as some very intimate character relationships. It strikes the perfect balance between world building and character building (which isn’t an easy thing to do). The place where AGE OF X-MAN: THE AMAZING NIGHTCRAWLER #1 falls apart is the art. It just isn’t very good. 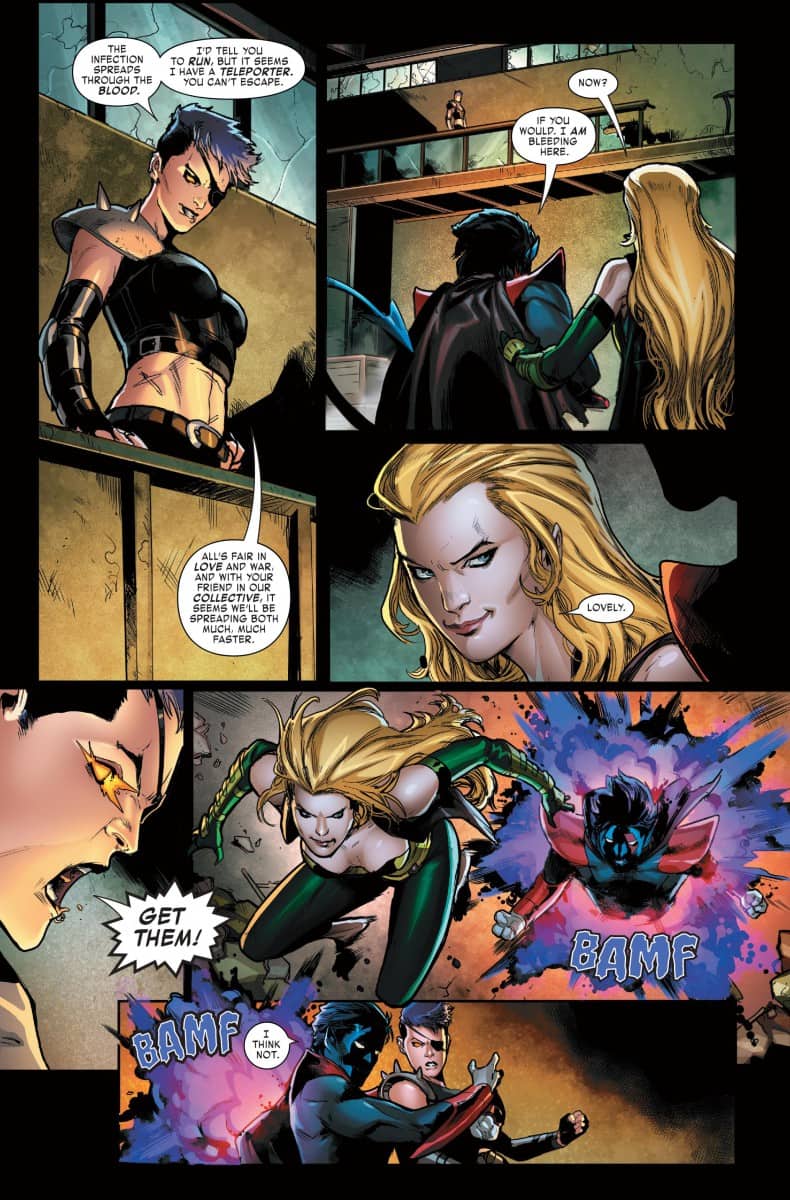 In comics, people rule almost every panel. This is especially true with superhero comics. Frigeri knows how to draw people, as evidenced by the first few pages of the issue. The figures look proportional, the facial expressions look (for the most part) realistic, and the poses look natural. However, as the issue progresses, the art continually worsens. The dinner scene, near the end, is perhaps the worst. Very few of the characters sport expressions that aren’t cringe-worthy. Colorists Delecki, Blee, and Davis do a good job offering a palette that is fairly realistic (if not a bit basic) but they can’t improve bad pencils.

Why You Need to Read AGE OF X-MAN: THE AMAZING NIGHTCRAWLER #1