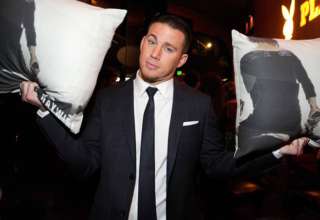 Floating around for some years is a rumor that Channing Tatum might direct, and possibly co-produce, Fox’s long-gestating X-MEN film franchise spin-off GAMBIT. In development hell for some time, filmmakers like Doug Liman and Ruper Wyatt dropped out. Currently, Gore Verbinski is rumored to direct. To some, Tatum may seem unfit for such a project. However, given a little thought, he might actually be Fox’s best bet. Here’s why.

1. Tatum genuinely cares about the project.

Say what you will about a lot of superhero films these days, but when someone cares about the character and the project, it really shows. Robert Downey Jr. LOVES being Iron Man, and recently Tom Holland relished in portraying Peter Parker. Tatum has been attached to the project for years, and he even stuck with it as directors have come and gone. Commitment like this is rare, and he’s either being paid a lot more than we think, or he actually cares about the project. At this point, he’s still working through the muck because he genuinely wants to see it to the finish line. If that means stepping up to the directors’ chair, then so be it. At least fans would take comfort in knowing the director actually wants to be there.

While certainly an entertaining and successful actor, Tatum has a ton of producing experience. He was a producer on this year’s LOGAN LUCKY and herded both the JUMP STREET and MAGIC MIKE franchises. Obviously, this does not correlate to directing experience. However, it does mean he knows what goes into making a movie beyond acting. Fox has already done this with Simon Kinberg, letting the long-time writer and producer direct their upcoming DARK PHOENIX film, so it wouldn’t be entirely out of the question.

3. He gets people to the theater.

Seeing Channing Tatum’s face on a poster gets people to the theater. Seeing his name in the director’s column would only put more butts in seats. 21 JUMP STREET made over $200 million worldwide, and MAGIC MIKE made more than five times its budget opening weekend. While there’s no research or statistic saying an actor-turned-director sells tickets, this sort of thing brings us directly to our next point.

THE GIFTED After Show Episode 1: The Gift Gets Real

A first-time director tackling his passion project in a world of big-budget spectacle? It’s certainly a gamble, but if it could be pulled off, people would gush over his success. Praise would be in abundance for Tatum shepherding his long-time passion project not only to the screen but to glory. It might just be enough to earn back its money and then some.

5. Nobody else wants to do it.

Sadly, this is probably the biggest draw. Directors are coming and going on this project faster than the trades can report. At this point, if Fox really does want this movie to get made, they’ve got to pull the trigger. Unless they’re holding back plans to reveal Gambit in one of their upcoming X-MEN films, then Fox still not finding a way to get Gambit into their growing franchise is strange. If it’s directorial issues holding them back, then Fox needs to look no further than at their leading man for the answer.